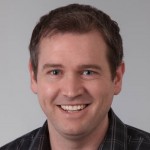 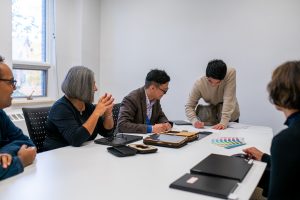 Working effectively as teams with distributed members will continue to be of utmost importance, even as many of us return to the office. This blog explores three concepts we use to improve teaming in our project managment group.

The first concept to improve teaming involves using handshakes as an opportunity to deepen relationships instead of being mere transactions.

A handshake represents an agreement with someone else where there is an expected outcome with a series of constraints. A common breakdown in projects, businesses, relationships, etc. is “shaking hands” without key information. For better outcomes, both Requestor and Supplier need to sufficiently understand the “Five Fingers” involved AND be confident in committing to these. 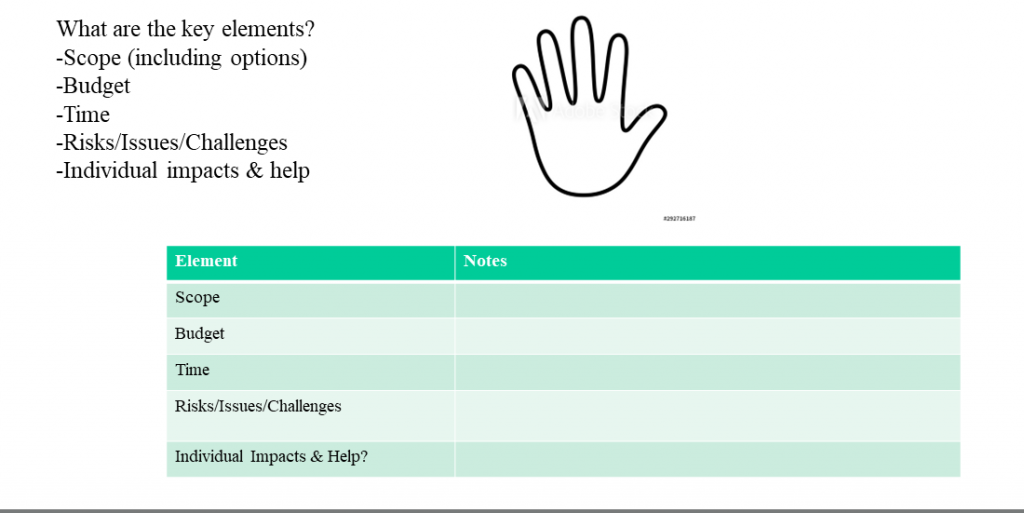 1) Reflect on the handshakes you are looking to make.

2) Mindset: these are not just transactions but opportunities to build better relationships and create more value. As you approach your next “handshake,” ask yourself, how could I invest more in this moment to strengthen my relationship?

Another way to improve teaming is exploring how teams form and how project managers can help teams achieve a sense of unity, enabling everyone to feel a sense of belonging and bring their best.

Bruce Tuckman’s model on the five stages of team formation

Despite being over 50 years old, Bruce Tuckman’s research and associated model for team development remains one of the most widely adopted. I have always found it to be a helpful construct to relate to, including when a team may stall or possibly regress at certain points of a project. Highlights below include the three measures that Tuckman found to determine team performance followed by an overview of the five stages of team development.

How the team works towards its objectives. Feelings. How team members relate to one another.

Key finding: most teams concentrate almost exclusively on content, to the detriment of process and feelings. “This is why teams that are strong on paper can underperform.”

The following is one formulation of the attributes that accompany each stage. Note that only four are shown below. Adjourning, the fifth phase not shown, focuses on dissolution of the team when the assignment is complete. 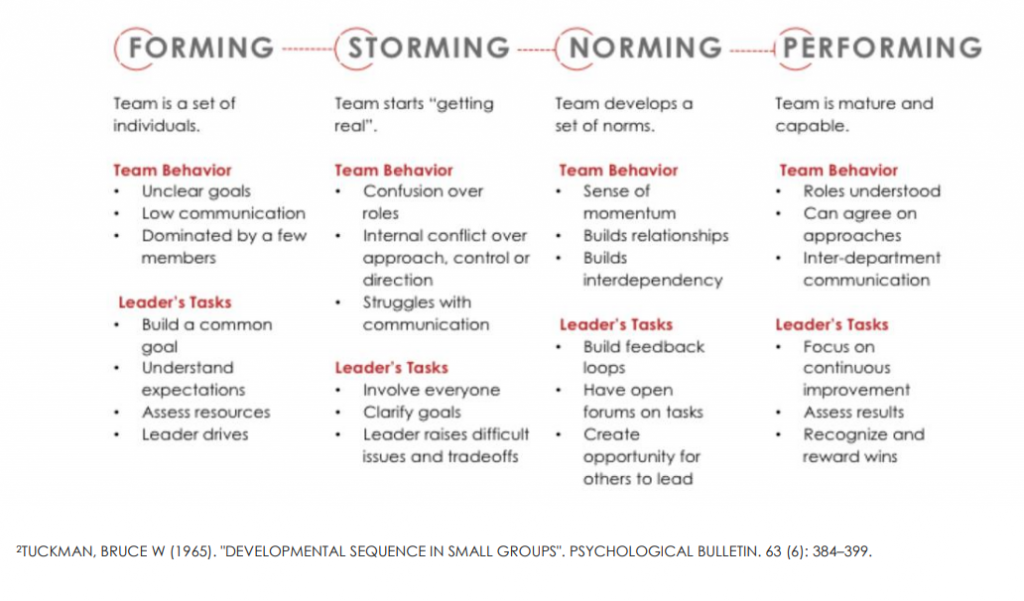 Edward Debono is famous for defining the concept of lateral thinking and for the development of the “Six Thinking Hats.” While it has grown a little long in the tooth, the Six Hats approach was commonly used in organizations throughout the 1990s and 2000s to improve teaming.

One of the central tenets is that all of us are capable of thinking with each of the six hats but it is difficult to do so simultaneously ie. thinking creatively (green) while also mixed with judgement (yellow or black). Instead, it is better to consciously “switch hats” as a team to ensure that you can clearly focus separately on the different types and allow time and space for all forms of thinking.

One really interesting connection between this and the other two features above is the conscious acknowledgement of feelings in “argument formulation” and decision-making. Debono’s assertion is that since we are human, feelings will often actually make the decision and so when we do not acknowledge feelings, we are failing to acknowledge a big component of decision-making. Instead, the red hat is invoked to ensure that everyone has an opportunity to internally reflect on their own feelings and to share this with the group. Simply acknowledging feelings goes a long way towards having more objective debates and formulating better decisions.

Its also worth highlighting one common misconception that different hats should be assigned to different people based on strengths. In fact, DeBono takes the opposite stance, asserting that all of us are capable of “wearing” each of the six types of hats and teams are most effective when the group collectively cycles through these.

Naturally some people will be more skilled or comfortable using certain types of thinking (hats), but the real benefits are realized by challenging everyone to “think diversely.” I’ve included this specifically since I think it could be a beneficial construct to evaluate for use during certain meetings or collaborative sessions. A short overview of the six hats is listed below: 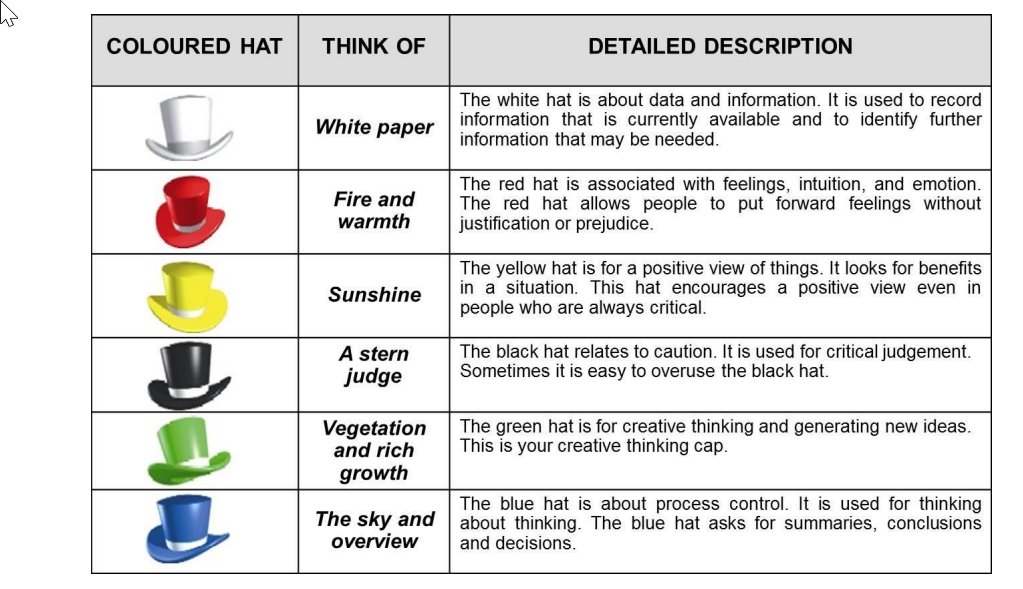 At the end of the day, there is nothing more rewarding for me than being part of a cohesive high-functioning team. The concepts above are provided as inspiration for discussions and strategies on how to better foster the development of high-performance teams and improve teaming. I’d like to hear from readers about other models and tools you have used with success.

Andrew Morton is the Project Management Functional Manager at StarFish Medical. His work includes projects in Australia, the United States, India and Germany and collaboration with engineering teams in Canada, France, Brazil and Sweden. He is always looking for opportunities to make things better and to help others around him reach their potential.

One response to “3 Concepts to Improve Teaming”