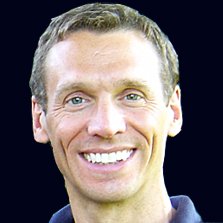 A few years ago I started interviewing successful serial medical device entrepreneurs. Then I began assembling data from people I identified through Google or LinkedIn searches. It’s always fascinating to hear their stories and realize how they’ve improved or saved thousands of lives in many different ways.

Typical of the entrepreneurs I speak with, Doug Evans is generous with his time and insights.  We spoke earlier this week in preparation for the sold-out Playbook 2016 medical device commercialization event in Vancouver BC, where Doug will talk about Scaling at Kensey Nash.  Here’s our conversation.

How did you start your career?

Actually started at GE.  I studied biomedical engineering at university, but did a project that went up in the space shuttle and was recruited to work for GE Aerospace after graduation.  They had a growth program called the Edison Engineering Development Program, which was excellent.  I rotated through three divisions over two years and did a masters’ at the same time.  It was an excellent foundation.  My plan was to find a way to GE Medical.

But I met Dr. Ken Kensey who was just starting a medical company with John Nash.  They had worked for 2 years on several cardiovascular devices which looked very promising as interventional cardiology procedures were just becoming popular.  It was just a great opportunity.  I planned to leave GE for a couple of years and then return.  That was in 1988.

Can you describe the opportunity a little more?

Kensey and Nash were very creative and had a lot of ideas.

They were working on an atherectomy device. Heart Technology with Dr. David Auth was the other major player in the field at the time.  Auth went toward coronary vessels and Kensey focused on the leg.  Auth’s device became the Rotoblator which is sold today by Boston Scientific, while Kensey’s was bought by Cordis.

Kensey and Nash had opened a patient’s 10cm peripheral artery blockage in Germany.  The leg went from gray to pink with new blood flow. Saved the leg.  They were just ecstatic.  But then the atherectomy device was removed and manual pressure was used to close the access puncture. This stopped the blood flow in the leg and the artery clotted right back up.   They felt that there had to be a better way to close these punctures…

Standard of care for closing punctures post interventional procedures was manual pressure for fifteen minutes followed by putting on a 10 Lb. sandbag overnight.  The risk was a major bleed and rapid death.  In addition they believed there was a problem with stopping blood flow to the leg for that long.

They conceived of a puncture closure device. Their original vessel closure patent was like a cork.  They had successfully licensed it to Johnson and Johnson but they ran into challenges developing the device. J&J wanted more time so they could focus on stents instead, so we decided to take the technology back to Kensey Nash.

How did you improve the technology?

Well, the ultimate product was a lot different than the first idea.  I was given a broad mandate and we built a great team.  The solution ended up being a combination of an easy-to-use catheter delivery system and a unique combination of biomaterials.  It was the first product to incorporate three bioresorbable materials.   It was also the first intravascular bioresorbable device approved by the FDA panel.  The device used a polymer anchor inside and a collagen patch outside joined by a bioresorbable suture.  This allowed the patient to be walking within an hour after surgery and discharged the same day.  The savings in morbidity and hospital costs were significant.

A lot of the same elements exist in our current venture, Lungpacer Medical.  The device, known as Angio-Seal became the new standard of care.  We blazed a trail.  In fact we did that a couple of times over the years.

How long did it take?

We started in 1988 and finally achieved FDA clearance in 1996 so it was a long haul.  After pitching 51 potential partners we ended up doing a license agreement with American Home Products which paid us about $30M over time to fund the development activities.  During the first few years of commercialization, American Home Products became Wyeth which then sold the Angio-Seal product to Tyco, which then sold it to St. Jude Medical for about $167M in 1999.  They were making hundreds of millions per year in revenues within a few years.  By now it has probably made over $4 billion and continues to be the leading product in the sector.

You do wonder.  I had a lot of faith in the founders and our CEO who were all successful and resilient.  I also was confident we would get there.

One thing it taught me was that most people can’t see great opportunities.  If they’re in a big company they’re comfortable and don’t want to take a big risk.  It has to be super compelling.  We just happened to come across a couple of visionaries at AHP.  They totally “got” the potential.

What was your biggest development challenge?

There were no good pre-clinical models.  It was necessary to do some animal testing.  The device was only about 50% were successful in pigs.  Making that leap to humans was really difficult.  One of the founders believed it would work.  Our corporate partner had an MD who expressed confidence despite the pig results, which we attributed to species anatomical differences.  We went to the clinic and the product was immediately successful 99% of the time.  But we lost six months trying to get better pre-clinical data that never came.

What challenges did you face as you scaled?

It’s relatively easy to find and solve problems that occur at a single digit frequency. But when you have a product that will be used thousands or millions of times, its hard to predict those 0.5% and less frequent failures.  You can never get enough information by going back to the patient or doctor.  It came down to creating a simulated tissue model where we could test thousands of devices.  They were made of synthetic materials and pig tissues.  We had video cameras inside and out to carefully observe the performance and study rare events.  To get the numbers we needed, 500 were tested each week in the hope of observing rare failures.  This allowed us to further improve the product and position it for becoming the leading device in the market.

What are you proudest of?

I’m most proud of being able to get that product to market. Developing and launching of first of its kind product takes commitment and perseverance. Today it’s still #1 in the world with over 50% market share and approximately $400M/yr revenue for St. Jude. We have helped a lot of patients.

I’m also proud of helping to grow a startup to a 300+ person company.  That’s a lot of families being supported.  We also developed other first of their kind technologies in other markets like general surgery, spine, and orthopedics.

How did you transition from an entrepreneurial innovation company to an operating company?

It comes down to recruiting the right people.  Dr. Kensey was a big idea person but didn’t love the detail of operations.  John Nash was excellent.  I went back to school for a business degree focused in operations.  Together we built a team and learned, sometimes through trial and failure, how to go from nothing to shipping 3-4 million devices per year.

How was the market launch?

Since the license agreement was sold several times in the first few years, it was frustrating. We didn’t always feel that our partners focused enough on the product.  At one point, Kensey-Nash tried to reacquire the license but were outbid by St. Jude Medical. We had a top-notch private equity partner and should have bid more, but the Kensey and Nash didn’t want to take the dilution.  In hindsight they should have done it from many perspectives.

In the end it worked out well. St. Jude did a great job with the product.

What was your role in the company?

The early dynamics were interesting.  The founding doctor was a classic entrepreneur with a new idea every day.  That didn’t adapt well to the needs of the growing company, especially after we went public.  Fortunately the founders realized that they needed to step back, hired a president/CEO with a strong financial background and together we built a great team and a terrific culture.

What advice would you give a startup?

Firstly, you have to really understand your market at a deep level.  Ask what your new product will do for your intended customers: physicians, the health care system, and for patients. Can you make it better, faster, cheaper for your customers? If not, think of something else. Secondly you need really good people who have been in a startup before.  You have to move fast, decisions have to be made quickly, there’s not a lot of room for first timers. Hours and days matters. There will be many challenges that only a strong and experienced team can navigate. In a start-up there is often a fine line between success and failure.

Knowing what you know now, would you do it again?

Absolutely.  It’s been an amazing experience.

Scott Phillips is President at StarFish Medical.  His passions are being a Dad, solving design problems, outdoors adventures, and helping companies be successful.