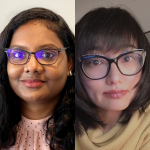 swetha-masako in StarFish Culture | No comments 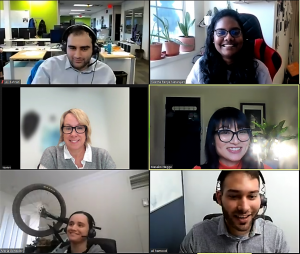 “A job interview is not a test of your knowledge, but your ability to use it at the right time.”

Is the purpose of a job interview a process to test the candidate’s ability or  is there more to it? Should interviewers also try to understand whether a candidate is a cultural fit with the organisation and the job? This blog shares insights from Vicki Barton, Accounting Manager and recent hires – Ali Bahrani, Jr. S/W Engineer, Maria Gonzalez, Jr. QA Specialist, and Ali Hamood, Firmware/Software Engineer at ViVitro Labs.

Vicki, what are your thoughts on the interview process? Were there things you liked or that surprised you about the process? Have you had any interviews like this one?

This was my first full-time job interview since I was 20. I have not been part of interviews this intense before. So, yes, it was very surprising, and I googled to see if Topgrading was a real thing because I’d never heard of it.

Did I like it? I actually really did. I found both (Director of People and Culture) Pamela and (Director of Finance) Henning very easy to talk to in that situation. They were clear, they were open to questions, and they made me feel much more comfortable by the end. It was very comforting coming from twenty years of the same thing into something new, and feeling like this team was a good team.

There were seven hours of interviews over the interview process that you went through, which part was your favorite?

My favorite, honestly, was probably the technical interview because you’re talking about an area, I have confidence in. And it was helpful for me personally because it was held in the building, I would be working in. I could see what it was, Henning showed me right to my office: “This will be your office if you get the job”. So, that was my favorite part.

The Topgrading was good too, but my favorite part was meeting (Senior Accountant) Olga because I work very closely with her, so it was a good chance to do that. Hands down, the best part of the whole process was my day one. I came in with no nerves, no butterflies, no nothing. I knew where to go. I said “Hi” to people I’ve met through the interview on the way. There was no discomfort coming in because I’d spent enough time with people that I felt like I knew them.

What are the benefits of a thorough interview process? Did you have fun or was it nerve-wracking?

The comfort level. I knew the people, I knew the building. I found afterwards that I was very surprised because it wasn’t nerve-wracking. The reality is, you’re just talking about yourself. So once you’re in it, it’s most definitely not nerve-wracking.

Do you have a question that was your favorite? One that led to a thought-provoking journey for you?

My favorite interview question, and I got it from every person who talked to me, was why I was leaving my prior role. That was a good one for me because saying it out loud four times solidified that it was the right decision. Whether I moved on with StarFish or whether I hadn’t, speaking the words most definitely made me go, “Yeah, this is the right thing to do.”

Ali H: For me, the interview was somewhat challenging because I had several interviews with various engineering disciplines and it involved a lot of preparation for every stage. But in my opinion, this process is better for the role that I was applying to because it did involve a breadth of skill.

I would say it was a little bit nerve-wracking in the beginning, but I quickly got more comfortable. And the more time I spent in the interview, the more comfortable I became. I was able to draw a lot of feedback on how I became a better candidate, given the extent of the preparation and the fact that it involved meeting a lot of new people. So that eventually was making me a better interviewee.

Maria: For me, it was a very thorough interview. I found it interesting for the type of test that I had to do for QA. It was a little bit different than anything else. Normally for other interviews, they tell you what the expectations are, or a specific topic that they’re really focusing on. With StarFish, it was very broad, and it was more like, “Let’s see what you can do”. It was interesting, but fun to do.

The biggest thing that surprised me was how comfortable I was during the interview. They made it seem more of an open conversation. All my previous interviews were like, “This is the question. I want two, three sentences,” then they move on. This was not that and they built on the answers that I gave. Yes, it was long, but I didn’t feel how long it was until I realized, “Oh, it’s been three hours”.

It was unique because I was able to meet with both a person from HR and a person that would be my supervisor or was in my department. I thought that was interesting because in most of the other interviews, I had somebody that was specialized in that specific area, but wouldn’t necessarily supervise me. Or I would have just met a person from HR who doesn’t necessarily know the intricacies of the job.

Ali B: I’m a newcomer to Canada, and I had lots of concerns about finding a proper job in Canada. I really appreciated StarFish giving me the chance to show my skills other than my background. So, during the whole time, I was a little worried about what the results would be. But thankfully, (People & Culture Coordinator) Swetha was there, giving me updates quickly, and she would always bring good news.

During the whole interview, I realized that it was really important to see both the culture fit and to see if I am a proper candidate for the job. I got the sense of it when I interviewed with (People & Culture Sr. Manager) Jess and the Software Engineering team- (Software Engineering Manager) John Turner and (Senior Software Engineer) Russell Haley. We all know that the nature of job seeking is a stressful task. So honestly, during that time, I was quite nervous about the future of my life. But thanks to StarFish, I can say that they didn’t worsen it and I just kept the same level of stress during the whole interview process.

Did you have any favorite questions from your interview?

Ali B: My favourite was when they asked about weak areas. And you know, it’s usually hard to talk about one’s weakness, however I wanted to let StarFish know that I’m not perfect and sometimes I may fail.

Maria: I was not expecting a question about my high school. I think the first thing that I said when they mentioned that was, “Oh, wow, OK”. And I just started talking from there. It was interesting to start thinking about what made you be where you are today and what decisions actually led you to where you are. It was an interesting journey throughout. I like it, not just because it painted that entire journey, but also because it meant that the interview process focused on me, rather than just what I could bring on the technical side or in work experience.

Ali H: Similar experience from me as well, I would say my favorite line of questioning was going through my high school experiences. That was very interesting. Normally when I prepared for an interview, I was thinking of past work experiences only. This was surprising to me, and it was new, and it led to introspection because you can kind of see how the picture built up over the years instead of just focusing on work experience.

Did you get the feel of the company’s culture through the interview process?

Maria: I was getting a sense for how much time the company invests in their employees or how much they’re willing to invest in their employees. Yes, I had to separate three hours of my day for the interview, but so do the people in the company. So, if they’re willing to put in that work and prepare towards it, it says a lot about them as well. So that was my first impression.

I didn’t know what to expect, but that commitment to the hiring process surprised me and it painted a clear picture of whether I would fit within the company and whether the company would fit with me. It goes both ways, and both are important. That helped me see the culture like the openness and “let’s work together” type of ideas.

Ali H: I enjoyed the interview process because I was able to ask a lot of questions and meet various individuals I would be working with. This process allowed me to better understand my responsibilities and the corporate culture. This is very important because often candidates only know what they can find online. But with a thorough interview process, I was able to learn more and better gauge if I am the right fit for ViVitro and vice-versa.

Ali B: Nowadays, employees are more careful about going to more caring workplaces. And my interview with Jess was an eye-opening one. I realized how she cares about the personality of the employees, and I was happy. During the interview I even told Jess that it’s important to make sure if the company and the candidate match. And this was important for me, and I was thrilled knowing that StarFish cares about these things.

Director of People & Culture, Pamela Potts, often says, “We give people the opportunity to do the best work of their lives” and the thorough interview process helps us make that come true. The above candidate experiences not only speak about the process, but also about the rich and unique candidate experience during the recruitment and Extended Job Interview Process.

Swetha Renya Natarajan is a People & Culture Coordinator at StarFish Medical. She holds a Bachelor’s degree in Computer Science & Engineering and a Master’s degree in HR & Marketing from the Anna University, India. She has worked as a Software Engineer in India for 2 years before making the career shift to HR. She is a SHRM Certified Professional with 3 years of HR experience.

Masako Hegge joined StarFish Medical as an Intermediate recruiter in 2021, bringing HR, payroll, and recruiting experience to the team. Prior to joining the StarFish Medical team, Masako worked in the finance industry where she focused on an employee recruiting cycle and trained and assisted team members on HR processes.