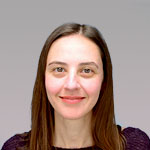 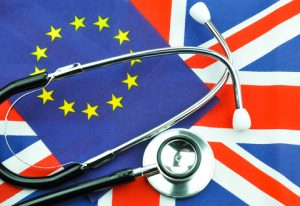 On June 26, 2022, the UK’s Medicines and Healthcare products Regulatory Agency (MHRA) released the Government response to consultation on the future regulation of medical devices in the United Kingdom. This response will effectively guide the UK’s post-Brexit implementation plan for medical device regulation. The following are high-level key points that are sure to be of interest to medical device manufacturers.

It has been more than two years since the UK formally left the EU in what is known as ‘Brexit’. This created uncertainty in the medical device industry surrounding what the applicable UK regulations would look like without the EU. On January 1, 2021, the MHRA became the sole regulator of medical devices in Great Britain (there remains a market authorization via European procedure for Northern Ireland, as part of the UK).

On February 11, 2021, the UK Medicines and Medical Devices Act (MMDA, 2021) came into force and part of the Act included an allowance to amend the UK Medical Device Regulations 2002. These regulations contain the legislative measures to implement the older EU Directives for medical devices, active implantable and IVDs. Given the unique period of change driven by Brexit, the MHRA also took the opportunity to evaluate how the UK could modernize and improve their medical device path to market.

In the Fall of 2021, the MHRA held a consultation on a proposed medical device regulatory framework. A document containing 17 chapters that cover the full gamut of regulatory topics was released to gather feedback from industry, health advocacy groups, patients, and other stakeholders. The consultation closed out on November 25, 2021, with almost 900 responses from individuals and organizations.

Since that time the UK government has combed through the stakeholder feedback and on June 26, 2022, the MHRA released an official response to the consultation.

Aligning to the EU When It Makes Sense

Given the close economic ties to the EU it is not surprising that the updated UK regulations will mirror much of what has been implemented via the MDR and IVDR. When beneficial to the UK, the MHRA will look to the international community for best practices, e.g. aligning closer to IMDRF’s (International Medical Device Regulators Forum) IVD classification rules. This article from Latham & Watkins, LLP contains an informative Appendix that compares aspects of the UK’s regulations to the MDR and IVDR.

Modernizing the following items will work towards the goal of prioritizing patient safety. These include:

These measures will not only improve public confidence in medical devices placed on the market, but will also better align the UK to the EU and other global regulators that are placing an increased focus on safety.

The UK has recognized that it is important to allow more options and flexibility for manufacturers to enter the UK market. Relying on existing approvals from other jurisdictions can facilitate faster market entry without compromising the focus on safety. For example, tailored routes to market can be applied to manufacturers holding Medical Device Single Audit Program (MDSAP) certificates.

In addition, approvals from certain countries can be leveraged for an abbreviated review of the device assessment through a process known as Domestic Assurance. Furthermore, to facilitate entry of innovative products, the UK intends to create a pre-approval path for products under defined circumstances, though they do intend to impose a certain level of oversight in this process to maintain assurances of safety.

The updated UK regulations are poised to come into force on July 1, 2023. The proposed transition period is similar to how the EU managed the changeover from the Directive to Regulations. More specifically, medical devices with the current UKCA mark or the EU CE mark issued under the MDR/IVDR can remain on the market for 5 years after July 1, 2023, or until the certificate expires. For devices with EU CE mark under MDD/AIMDD/IVDD, the transition is three years for general medical devices and five years for IVDs or until the certificate expires. Note that the transition period applies to CE marked devices under MDR/IVDR devices even if the certification is dated after the new regulations come into force.

The UK government has taken in almost 900 responses to the MHRA consultation. It has provided further clarity in the direction the government is going with the amendment to the medical device regulations.

The general approach will be to align itself closer to the EU’s MDR and IVDR, while differing in ways that make sense for the UK government, industry and most importantly patients’ safety. This is a great step in the direction of updating the 2002 regulations. However, there is still work to be done towards finalizing and officially releasing the regulations.

The July 1, 2023 implementation deadline is only a year away. It will be interesting to see the final outcome. For now, the approach appears to be sensible and those that initially panicked about Brexit may be pleasantly surprised, at least when it comes to medical device regulations.

Deborah Pinchev is StarFish Medical’s Toronto QA/RA Manager. She is inspired to write blogs by her interest in helping companies develop and bring to market new and innovative devices.