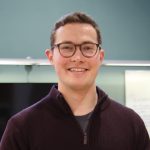 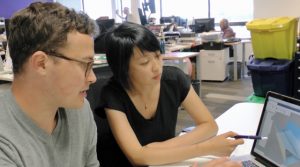 When I arrived at StarFish with my idea for a patient handling device, I had just completed my engineering degree and was searching for further education in medical device development. Fortunately for me, StarFish provided master-level classes (albeit unaccredited) in project management, including Dealing with Vendors 101: Expect Delays and QMS 201: How to Maintain Your Sanity. I’m leaving Victoria with a much greater knowledge of my startup’s path to market, and a highly vetted network of medical device experts just a phone call away who will help us get there.

The common theme across all that I learned is that proper documentation is an up-front investment of time and effort that pays big dividends later in development. Spending extra time refining the design inputs, from product requirements to the usability analysis, is the most cost-effective way of revealing and resolving problems in the brainstorming phase, before the problems reveal themselves during testing. The danger of thinking “we’ll cross this bridge when we get to it” is that often you find a cul-de-sac instead of a bridge.

For example, a couple hours spent with StarFish human factors engineers uncovered two substantial contradictions in our proposed user and maintenance processes. These were not minor details, but fundamental questions about whether our device would be compatible with hospital operations, and whether maintenance would present a barrier to adoption. These issues have now been resolved and will be included in our first prototype of the subsystem.

As a second example, StarFish mechanical and regulatory advisers revealed IEC and ISO standards that we were not aware of that will greatly impact how we design our enclosure. Since we caught this issue in Phase 0, it will take us 15 minutes to redesign the system, as opposed to 15 weeks had we caught it during later prototype testing.

These Phase 0 design decisions are foundational, and quality documentation is the best process for building a strong foundation. I learned that clear documentation encourages clear communication across our team and across time. In the brainstorming phase, people may think they are all together on the same page, when in reality they have each interpreted the problem or proposed solution through the lens of their priorities and previous experiences.

Proper documentation forces the team to agree on the details in writing, which reveals confusion in the concept phase rather than during execution. And since the design inputs are all linked together, the documentation process encourages natural communication between engineering and regulatory, regulatory and marketing, etc. As the team grows, clear and well-organized documents makes it easier to on-board new members and catch them up on where the venture is in development.

My time in Victoria has been one big exercise in planning ahead, and our design input documents are much more refined as a result. StarFish has shown me that the QMS system has great value and is not simply a box on the regulatory checklist. I’ve been very lucky to come to StarFish during my concept phase, and I would encourage other ventures to engage StarFish as early as possible in the development process. They have seen hundreds of products go to market, and chances are they have seen something similar to yours. Instead of starting from scratch, StarFish has helped me build my startup’s foundation on top of their hard-earned expertise.

Sam Fox is a first-time entrepreneur from Duke University in Durham, North Carolina. His startup Zephyr Mobility is developing a patient handling device that can mechanically reposition patients at the push of a button, for caregivers in acute and long-term care settings. Author Headshot credit: Michaela Kane, Duke University