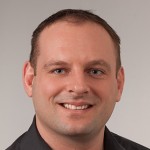 The FDA Regulation of E-cigarettes aims to fill a technology regulation gap. Whether it’s the FAA and recreational drones or the USDA and the latest strain of genetically modified corn, widespread use of new technology is often followed by new regulation. And regulators have long struggled to keep pace with the seemingly endless stream of innovation that enters society. It’s not necessarily new technology itself that instigates regulation but rather the refinements that allow it to become widely available to the general public.

The past decade has seen vaporizers and e-cigarettes become widely available and while these products are capable of delivering nicotine in the form of smoke-like vapor, they technically have not met the definition of a “tobacco product” and therefore have been unregulated. Until now that is.

In May of 2016 the FDA Regulation of E-cigarettes began catching up with technology.  FDA released a document titled: Deeming Tobacco Products to be subject to the Federal Food, Drug and Cosmetic Act, as Amended by the Family Smoking Prevention and Tobacco Control Act (FDA-2014-N-0189). The document is only 499 pages so if it’s on your reading list, here’s a spoiler alert: The FDA intends to regulate vaporizers, e-cigarettes and e-liquid in the same way it does for traditional tobacco products. No more vaping for little Johnny.

When Karl Benz introduced his Motorwagen in 1886, the concept of a driver’s license or a speed limit was unheard of. Just over 2 decades (and several accidents) later the Ford Model T was rolling off the line and suddenly this thing called an “automobile” was no longer something only seen in newspapers and photographs but a piece of technology that was accessible to the working class. Widespread use of cars naturally led to an increase in fatal accidents and soon the public was calling on government to act. Each year as I head out to fork over my paycheque to renew my car insurance I try and imagine a group of angry protesters chanting: “Limit our speed! Licence our cars!” For some reason it doesn’t seem to help when the Visa comes out.

Tobacco products are not unlike cars. They quickly became popular but it took a considerable amount of time before the negative effects of smoking were realized and regulations were implemented. Today, the process for getting a new tobacco product to market is not unlike that of a medical device. Any product that was not on the market as of Feb 15, 2007 can go through a “905 (j)” in an attempt to show substantial equivalence (SE) to a device on the market or can choose to submit a Premarket Tobacco Product Application (PMTA) where they must present a slew of scientific information which shows that the health risks of the new product presents less risk than other tobacco products on the market (almost a mirror image of the 510(k) and PMA processes for medical devices).

So, what exactly does this deeming rule mean? Effectively it states that all Electronic Nicotine Delivery Systems (ENDS) as well as components or parts intended or reasonably expected to be used with or for the consumption of a tobacco product are considered tobacco products and are subject to regulation as such. This includes vaporizers, e-cigarettes, tanks/cartridges, atomizers and e-liquids to name a few. But wait, what about vaporizers that use e-liquid not containing nicotine? In theory, if one developed a device that would only work with specially designed canisters that were only sold filled with non-nicotine liquid such as glycerol, one could argue that it would not meet the definition of an ENDS device and therefore would not be subject to regulation. That said, the FDA states in the deeming rule that it may “exercise its authorities” under the Act to address the safety of e-liquids, which could mean anything. There is also the contentious question of whether or not the simple act of inhaling vapor from a device leads one (youth in particular) to be more likely to use conventional tobacco products which would be seen as a risk to public health.

Newly regulated as they may be, ENDS products won’t be disappearing from shelves overnight. There is a staggered compliance period (18 months for an SE application, 24 months for a PMTA) followed by a continued 12 month compliance period so it will be at least a couple of years before the crackdown begins. It will be interesting to see how successful some of these applications will be as the FDA has noted it does not believe there is adequate scientific information with respect to ENDS products to support a PMTA authorization based on existing products. This would seem to indicate controlled trials would be required. On the subject of trials, the deeming rule also notes that any ENDS product that makes claims related to smoking cessation is considered a medical device, a drug, or both and will be regulated accordingly. It also states that no ENDS products have been approved as effective cessation aids and that controlled trials have not yet proven to be more effective than other cessation aides.

It remains to be seen exactly how the FDA will enforce its new tobacco rule but for now it seems that little Johnny may no longer be able to head to 7-Eleven to get his vape on. At least he can still look forward to his 16th birthday and handing over his paper route money for that shiny piece of plastic that lets him take his girl to the movies in mom’s minivan. Who knows, maybe by then, that minivan will be self-driving.