After the launch of it’s one of a kind Intraoperative MRI (iMRI) product, IMRIS once again partnered with Kangaroo to expand the iMotion Neuro Imaging family to include a CT imaging solution as well. Similar to the iMRI system, the iCT is able to travel between operating rooms to enhance the vision and precision of surgeons during a procedure. In order to align the Industrial Design with the newly formed VISIUS aesthetic, IMRIS once again enlisted the help of Kangaroo.

Working directly with the IMRIS marketing department, the Kangaroo design team worked on a variety of concepts that would merge the VISIUS brand aesthetic and the core CT technology with IMRIS’ robust carriage system. Once a direction was identified, the Kangaroo team needed to quickly evolve the design to consider a variety of mechanical requirements for fabrication and assembly. Alongside the industrial Design efforts, the Kangaroo mechanical design team developed a robust panel sub chassis which allowed large panels to hinge open for service and repair by a single technician. 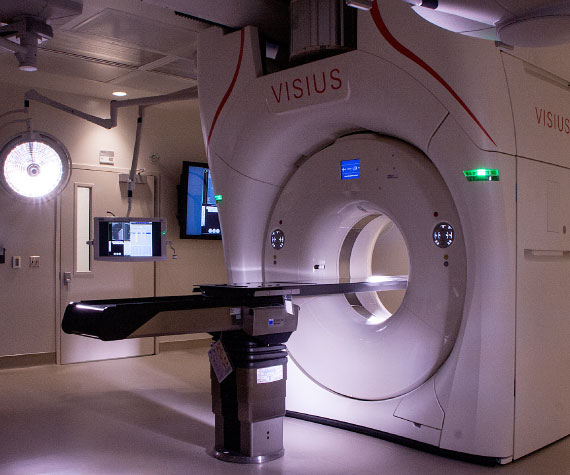 Working with the end in mind

Kangaroo’s background with large paneled systems gave IMRIS a speed to market path that allowed them to debut this new system early. A variety of manufacturing technologies were strategized, planned, and executed to create initial prototypes and tradeshow units that were close to the quality of final production units. This gave IMRIS the ability to showcase the new design, while final detailing and tooling efforts were being completed by the Kangaroo team with IMRIS.

The VISIUS family products are currently operational at a number of sites across North America, Europe, Asia, and the Middle East 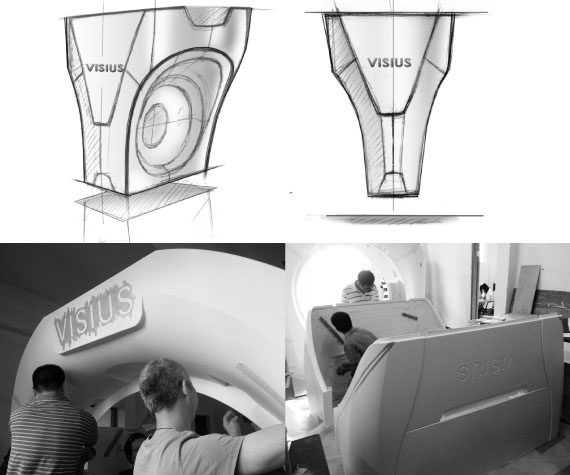 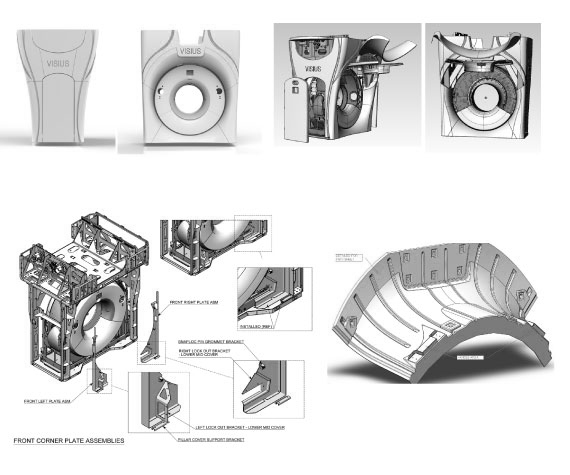