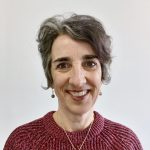 Defining the overall critical path (and critical path bottlenecks) may be onerous, and somewhat of a cliché, but it is a concept that is very real for project success. Developing a realistic baseline project plan is always a daunting task, particularly when the project sponsor requires a high level of accuracy for financing purposes.  Accounting for common build issues and shipping delays adds to the stress of developing a realistic baseline timeline.

It is the project manager’s responsibility is to determine the critical path – the optimal sequence of activities leading to an estimation of total project duration. This critical path is essential for planning and securing resources. It cannot remain at a high level, but should be very detailed.

I recently participated in the development of a very large (over $100M) digital health project, overseen by a project management team of fifteen project managers or so. Each project manager was assigned part of the scope, a portion of the budget, and dedicated resources with specialized expertise.

After weeks of estimating and breaking the work down into manageable work packages, a timeline was created, but no critical path was established. The project plan was approved, and the teams launched right into execution. Some teams worked efficiently and completed their design, build, testing, and issue fixing while other teams ran into larger issues and progressed more slowly.

It quickly became evident that overall work progress was going to deviate from the baseline and that individual times would be out of sync.  It also became apparent that the foundational and structural work had not been given priority and impacted the progress of other teams. The critical path had not been defined and targeted dates for final deliverables were going to be missed.

Below are some basic recommendations to avoid Critical Path bottlenecks– the uncomfortable situation where some resources are scrambling to meet deadlines, while other resources find themselves waiting or, even worse, deployed to other projects.

Many activities can be planned and executed in parallel in order to save time. This project management approach may not save money because twice as many resources are required to do the work, but it leads to significant time saving. However, some activities simply cannot proceed at the same time; think of ordering parts and building a prototype, or assembling the main chassis while powder coating the device.

A lean and smart approach is desirable when planning work execution, but avoid creating a situation where some teams must wait for the work completion of others before being able to proceed.

Resource allocation is one of the most exciting and rewarding activities for a Project Manager at the onset of a project. Typically resources are allocated based on expertise, interest and availability.  An allocation of existing staff takes place, followed by recruitment of talent to fulfill any gap of unassigned work. Tracking team progress goes without saying.

The project sponsor and project manager have the joint responsibility to manage the pulse of execution at all times in order to best reallocate resources from one team to another. Resource levelling, the project management technique used to shift people around, is never ideal, but it is easier done early in the project cycle.

When updating the timeline, ensure that any learning requirement due to new tasks and responsibilities is considered.  Weigh the pros and cons of having some people idle on teams versus the cost and time to retrain.

The Project Manager must develop a critical path to give an overview of the forecasted project duration as most project sponsors will not commit to funding a project without this information. As the project evolves, risks and issues arise and dependencies may become obstacles.

There comes a point when it may be necessary to crash the timeline – a project management technique that involves thinking of creative ways to significantly reduce execution time (outsourcing some work, getting some part build overseas, etc.) Not ideal, but sometimes it is the only option.

Time estimation is an art, not a science. Even when based on past experience, subject matter expert input and logical estimates, it remains a highly subjective activity. Project sponsors should make sure to have a conversation with their project manager so the right level of risk tolerance (optimism/pessimism) is used for timeline development. Most importantly, they should ensure that a critical path is laid out.