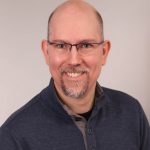 The first time I shepherded a device through emissions testing was an incredibly eye-opening experience. Here are five tips and tricks that I wished I had known beforehand.

This probably seems obvious, and in hindsight it was, but I figured that the test house would have something as basic as a set of Allen keys. Turns out I was wrong, but fortunately they did have a set of Torx keys that I was able to press into service.

Chances are good that your device won’t pass the first time, so you’re going to want to be able to improve the device’s performance over the course of the test session. This might mean adding ferrite clamps around cables, so a kit with various ferrites is a really helpful thing to add to an EMC testing tool kit. Something like this one from Laird is a good option because it has a wide range of sizes and is good for a wide range of frequencies. I’d also recommend bringing some copper tape, which is handy for covering up gaps in an enclosure or other EM shielding.

I’d highly recommend doing some pre-scanning before you take your device to the test house. We have a fairly basic setup for pre-scanning, consisting of a spectrum analyzer and a set of E and H near-field probes. Although this setup is not a substitute for proper scans, it can give you a good idea of where you might have problems. If a near-field probe over your microcontroller shows a peak at, say, 80 MHz, and your DC/DC switching regulator shows a peak at 2.5 MHz, then you have a good idea of where to start looking if those same frequencies (or harmonics) show up in a full scan. For more information about building your own near-field probes I encourage you to read Bjarne Hansen’s blog on this topic.

Modern board designs will often require multiple voltage rails for the various ICs. It’s very common to use multiple switching DC/DC converters to make these voltage rails from a single input voltage. One of their biggest upsides is that they tend to be more efficient than linear regulators; particularly when the output voltage is much lower than the input voltage. Unfortunately, they have the downside of being noisy, electrically speaking, but there are things that you can do to help keep that noise from “infecting” the rest of your circuitry. My top three suggestions are: keep your loop areas small, avoid changing layers, and try to take advantage of any suggested layouts provided by the manufacturer in the datasheet. If there isn’t a suggested layout in the datasheet, check to see if there’s a development board available. Often you’ll be able to get the full design files (schematics and layout.)

During this experience I learned a few key things that I will be making sure I incorporate into future designs. Although every project is going to be different, there will be common elements between most projects. It’s not like you’ll be starting over completely from scratch every time. Each mistake that doesn’t get repeated is one less issue that you need to solve next time you’re testing a device.

Adam MacNeil is an Electrical Engineer at StarFish Medical. While studying at Camosun College and University of Victoria he completed three co-op terms with StarFish– one in Manufacturing and two in Product Development. He enjoys rock climbing, motorcycling and geocaching.