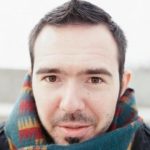 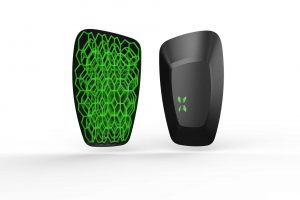 Personal data driven design is here. With Algorithm Aided Design (AAD) and the ability to adjust your design with rules, mathematics equations and parameters, a custom design is fast to produce and send to a 3D printer. The medical market presents lots of opportunities in that direction. For example, a start-up has developed 3D printed eyewear based on the 3D scan of a face.

I first came across AAD without knowing it. The design on the picture had nothing to do with organic shapes which are generally the nightmare of 3D designers. I thought that I would never be able to reproduce it with my CAD (Computer Aided Design) and 3D modelling skills. I have used Solidworks as my CAD modelling tool since high school. CAD came around in the 90’s replacing tracing paper and the drawing table, moving from 2 dimensions to 3 dimensions. CAD allowed designers to visualize and rotate their design in 3D and was a game changer.

The picture was a building with curvature edges and tons of similar shapes scaled slightly bigger or smaller according an obvious centre of attraction. It would have taken me days and numerous math equations to do it in CAD. As I am quite curious, I challenged myself to find out how it was done. After some research, I came across the software used – a plugin named Grasshopper that pairs with Rhinoceros 3D, another well-known 3D modelling application. I knew a bit of Rhino so I decided to learn Grasshopper. 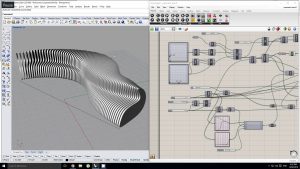 Back in 2015, there were no Grasshopper resources online, so I bought a book by Arturo Tedeschi named AAD Algorithms-Aided Design, Parametric Strategies using Grasshopper. Arturo actually coined the term AAD. He is an Italian architect in the honourable way of the great Italian designers that have gifted the world. AAD and Grasshopper are mainly used by architects, but in recent years product designers have started using it in their designs. Like me, you have probably stumbled on it without knowing. New Balance shoe soles are a great example. I personally incorporated AAD into some of the eyewear I designed not long ago. But what can be seen as an aesthetic tool is just the cover of the book. AAD is much more than CAD.

What makes AAD so special?

First and foremost, I enjoy the process of developing a design with AAD. The workflow is fluid and interactive. I have the ability to visualize my design change and evolve instantly using numerical sliders. If I want to add 3 more lines to the pattern I am working on, I slide to the new desired number and the design updates instantly. And I can do so until I am pleased with the proportions. Grasshopper is built as a visualization tool, meaning the line work and surfaces that you see are just previews. Once you are satisfied with your design, you can “bake” them to generate the actual surfaces. This is a smart way to lighten the RAM of your computer.

Another advantage is that Grasshopper is open sourced. Anyone can write a script that will create a tool that they can use in their workflow. As an example, I wrote a small script in python to find the middle point of any curve; a feature that doesn’t exist in the Grasshopper library. It is now saving me the time of using 3 existing algorithms to arrive at the same result. Trust me, that sounds trivial but when you need to select middle points numerous times, it pays off quickly.

More advanced designers with code knowledge can create entire libraries of scripts that can then be turned into their own small application. Daniel González Abalde created a library to design jewelry. He also invented a library that can recreate nature forms such as pineapple and palm trees all based around the golden number. Aaron Porterfield has developed a lattice generator named Crystallon. This brings me to another thing I like about Grasshopper. It is a community of passionate designers. Any questions you might have will be answered in the website forum.

Another thing that makes grasshopper special is the ability to use physics in a plugin like Kangaroo. I generated a front body car panel just by using forces and anchors. I created a complex surface of perfect curvature without the use of any construction lines. Arturo has a tutorial about a bridge generated by forces as well as other examples. You can also play with parameters such as elasticity (spring) and liquid dynamics. You can even reproduce the shadow of an object at a specific time in a specific place or elegantly present complex visual data. So versatile. 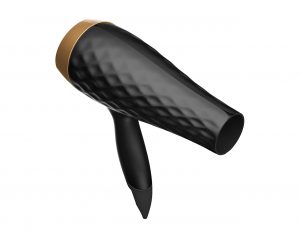 Grasshopper handles meshes really well. This is ideal for constructing perfect organic shapes or manipulating the 3D scans to reference for your project.

With the rise of 3D printing technologies, AAD has the potential to disrupt the optimization of parts by creating lighter structures inspired by nature with a voronoi pattern or using FEA plugins such as Ameba to refine a design and remove unneeded material.

To conclude, AAD using Grasshopper can do anything. I see Grasshopper as a multi-function tool, as the future of CAD, as the numeric Swiss knife of engineers where only imagination limits oneself. A wide range of possibilities for curious designers are waiting to be discovered. I intend to use Grasshopper at StarFish. Join me in the journey, it will be fun.

Kevin Meric is an Industrial Designer at StarFish Medical. He studied Mechanical Engineering at Université de Technologie de Belfort-Montbéliard and then transitioned to Industrial Design through internships in China, U.S. and Canada. Kevin developed an interest in parametric design about a year ago. “It allows me to create random pattern or texture that would have been almost impossible to create with standard CAD.