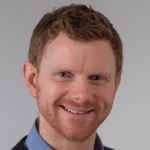 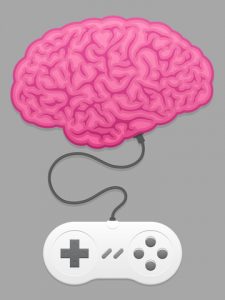 Computer games and medical device design both begin conceptually in a somewhat similar space – a point where reality and science fiction meet. From there the directions they take are infinitely different but the processes are virtually identical. I recently spoke on a panel at our local Global Game Jam (the world’s largest game jam event) about User Experience and Human Factors. I went excited to tell all these budding game developers about UX from a different perspective. I didn’t expect to learn there are so many similarities between the two.

For the most part computer games start in a place of reality, a person driving a car or a solider holding a gun. For the most part medical device design starts in a place of science fiction, a light that can cure cancer, an implantable device that can kick start your heart when it goes out of alignment, or a magnet that can shake the molecules of your body so fast your body can be photographed in sectional views. It is from these starting points they usually go in opposite directions, the video game gets designed into the realm of science fiction while the medical device gets designed into the realm of reality.

There are two distinct sides to both of these design disciplines, the front end and the back end. The front end is the usability and UX, and the back end is the engineering and coding. What I was surprised to learn is the selflessness of game design and the common ground of creating something that is the greater good.

When I commented that spending a weekend creating a game must be so much fun there were a couple of sniggers and one person spoke up and said it’s actually not that much fun. They come up with a concept and then spend the rest of the time, at the “back end”, coding until the game is complete. It’s not them that get the pleasure out of the game, it’s everybody else. A weekend at a game design jam is a weekend of long hard hours of coding with the payoff of watching people enjoy what the designers have created.

Similarly, with medical devices there is an immense amount of “back end” engineering that takes place, but the front end is where the biggest comparisons are evident. Listening to the game designers talk about game testing, user experience and concept ideation drew many parallels to medical devices. The regulations and procedures make medical device design seem, to me, more structured and in turn simpler, even though we are creating something with far greater risk.

What we call formative and summative evaluation, gamers bundle into one group called user testing. Although it was clear from hearing them speak, that they incorporated both into their process. For instance they talked about their desire to help users during testing and the difficulties they faced staying impartial during testing and letting the testers make mistakes. They described these learnings as paramount to the design. They explained how user testing helps drive and develop the game (formative testing) and how the game is launched to a small group first after it is finished for final testing before release to the public (summative testing).

In User Experience, both medical and game designers use psychological cues to attract and distract users. At a basic level this is evident in pediatric medical devices where MRI and large scanning machines are designed to look inviting, stethoscopes are brightly colored, or instruments are covered to look less like a medical device and more friendly. In game design, psychological cues are used in many obvious examples such as diversion tactics during game play, but at a deeper level they are used to encourage repeat game play through “hooks”. In essence, hooks are tangible actions that give you a “good feeling” and make you come back for more. Since the introduction of multi-player online games, hooks have become an integral part of game design. With the introduction of the new era, digital health, I predict a lot more hooks being used in medical device design for the home use environment.

While computer game design and medical device design have many similarities, the greatest take away for me was reflecting that because their market, purpose, and potential to cause harm, medical device design is really just a more evolved, more mature and more scientific version of user experience design.

And although I was surprised to hear about the selflessness of the coders at the back end of the game design, medical device design is, at its core, about making a real difference. So to all you game designers out there, if …or when, you are bored of making computer games, I encourage you to look to medical devices and put your finally honed skills into improving and saving lives.

Niall Redmond is a StarFish Medical Industrial Designer.  He brings 15 years of cross-industry experience and a sense of humor to a wide variety of medical device projects.