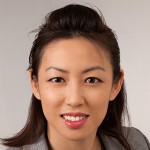 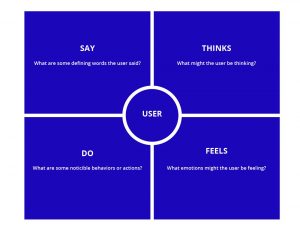 It goes without saying that women are anatomically different from men. Health conditions affect women differently and women have different health concerns than men. Because of this, more companies and start-ups are focusing on addressing medical conditions specific to women.

Traditionally, medical devices are designed mostly by men for men. From industrial design, engineering, to project management, the disciplines involved in product development are dominated by men in medical device industry. So how can companies with mostly men create medical devices that are specifically for women? Through empathic design. Trying to understand what it’s like to be in that user’s shoes will help you discover needs that are not obvious at first. A user-centered design approach heeds to a user’s emotional needs and not just functional needs.

One of the first steps of empathic design is observation. Observation allows designers and engineers to identify needs and desires that users themselves may not even be aware of. Observing users receiving treatment or using the device will lead to discoveries that may not be discussed during interviews or surveys. For example, during an interview a user might not vocalize that she hates a device which feels cold to the touch. But during observation you might notice that she cringes when the cold device touches her. Sometimes people accept what they don’t like because they have become accustomed to the problem or they cannot imagine an alternative. As a result, users may not vocalize their complaints, but will express their dissatisfaction in other ways such as facial expressions and body language.

Some medical devices treat illnesses or conditions that may be sensitive or embarrassing for female patients. During my work on a device treating women’s urinary incontinence, I found that the condition took a toll on some patients’ pride and dignity. In order to design a successful device those emotional needs cannot be ignored.

In order to uncover the user’s unspoken emotional needs it is not enough to just record the workflow of a procedure or device use. An Empathy Map is a useful visualization tool widely used in consumer product and UX design industry for capturing and categorizing the user’s experience. By recognizing what the user is saying, thinking, doing, and feeling you can understand the “why” behind the user’s needs and wants. 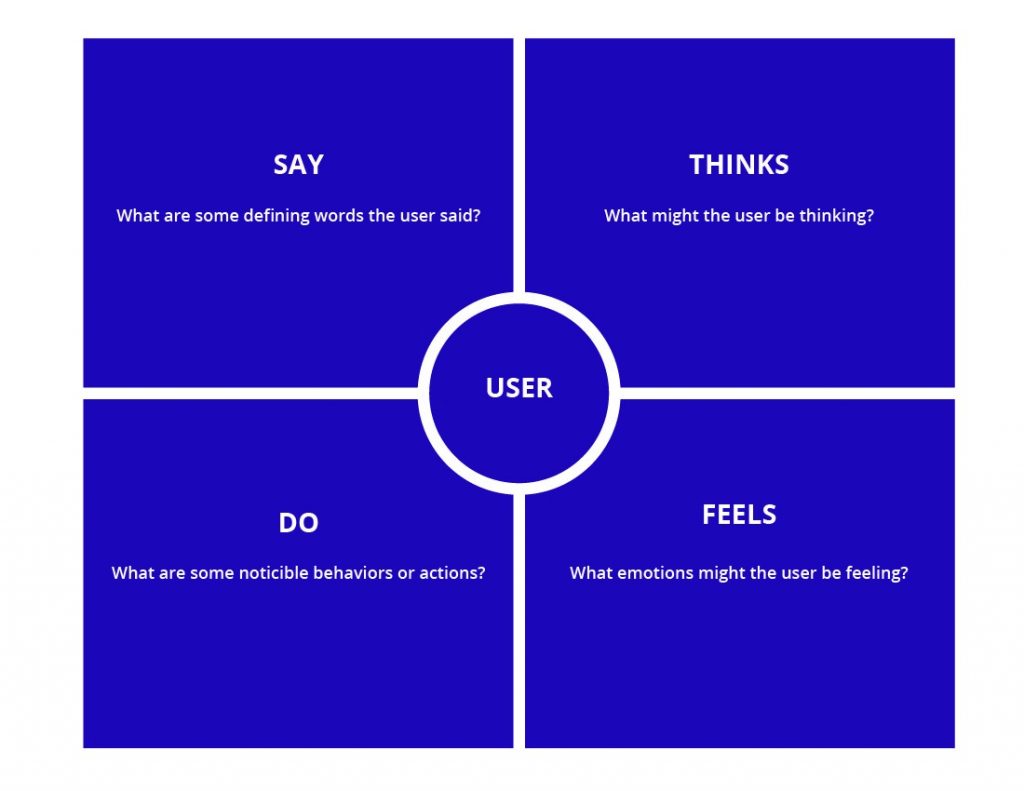 The “Say” quadrant contains what the user says out loud during an observation.

“I don’t understand what to do next.”

“I’ve had a bad experience with the treatment in the past.”

The “Thinks” quadrant captures what the user is thinking during the experience. As an observer, you may have to dig deeper and draw insights from subtle clues your user may give through their expressions and behaviors.

“Am I doing this correctly?”

“This is taking too long.”

The “Do” quadrant contains the actions, behaviors, and gestures of the user.

-Hangs the cord around their shoulder to shorten the length

-Sighs often during the procedure

-Bites their nails and shows nervousness

-Does not read the instructions for use completely

Lastly, the “Feels” quadrant captures what the user might be feeling. Once again, the observer needs to assess the situation from a holistic point of view. Try to feel what it would be like to be the user and predict what emotions the user could be feeling.

By paying attention to what female users are saying, thinking, doing, and feeling, designers can gain more of a holistic understanding of their users as well as the desires and needs of their users. These insights form a solid foundation on which to brainstorm solutions to meet these needs and desires.

Christine Park is an Industrial Designer at StarFish Medical. She believes that product design has the power to change a society’s behavior. She uses her knowledge of colour, material, and finish to design innovative and empathetic medical devices.