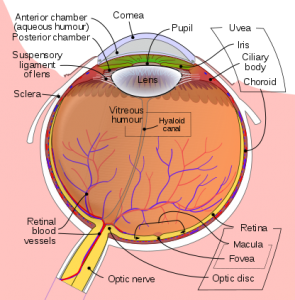 Diseases of the eye affect the majority of the general population at some point throughout their lifetime, significantly affecting quality of life, especially if access to treatment is not available. They are so prevalent they account for the most common surgical procedure worldwide (Cataract surgery), drive an industry for one of the most common medical devices (glasses), and inspire some of the highest resolution 3D imaging techniques available (OCT).

A nice glossary of Ophthalmological terms compiled by OpticianCertification.org can be found here, but without further ado here are five diseases of the eye that account for the majority of issues related to blindness or poor vision: 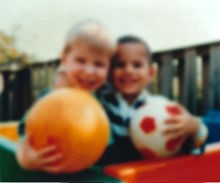 A cataract is a clouding in one or both the eyes’ lenses typically due to age, trauma, genetics, smoking, and/or other factors. Lenses with cataracts are easily recognizable by their cloudy appearance, though the patient may not initially notice the gradual increase in cloudiness.

Refractive Error (including near- and far-sightedness): 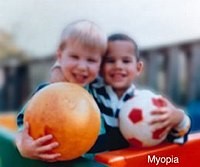 Glaucoma is a group of diseases which affect the optic nerve, and are typically classified as open-angle (more common) or closed-angle (less common). Open-angle glaucoma develops very slowly and painlessly over time, where closed-angle glaucoma can be more acute and painful. Both are thought to be caused by drainage issues with the trabecular meshwork and the efficacy of Schlemm’s Canal, brought on by increased intraocular pressure, age, genetics, and/or hypertension, though there is no universally accepted reason behind the nerve damage.

The retinal macula is the high-resolution, cone-cell packed area in the center of the retina. Its degeneration is often brought on by age, smoking and/or genetics, and affects the ability of a patient to see objects straight ahead.

Diagnostics and treatment of these diseases are often performed with precision opto-mechanical medical devices that continue to increase in reliability and accuracy and decrease in price every year. Most opto-mechanical medical devices are very complex, but even glasses and sunglasses are Class I Medical Devices under the FDA. Whichever way you look at it, eye diseases are more likely than not to affect our lives; but thanks to a number of reliable medical devices and proven procedures, most are treatable quickly and safely.

Nigel Syrotuck is a StarFish Medical Mechanical Engineering Team Lead and frequent guest blogger for medical device media including MD+DI, Medical Product Outsourcing, and Medtech Intelligence.  He injects humour and imagination into projects big and small and blogs on everything in-between.