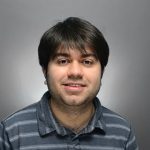 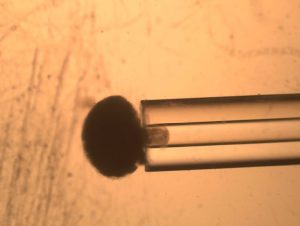 The ability to measure the changes in cells’ mechanical properties can reveal crucial insight into the effects of environmental and pathological stresses. Such properties can have far reaching applications, from its use as a diagnostic tool to stem cell research. In this blog I showcase the technique of Micropipette Aspiration, an inexpensive way to measure the viscoelastic properties of cells.

The most inexpensive and earliest technique used to measure cells’ viscoelastic properties is Micropipette Aspiration. It relies on the suction/aspiration of a cell through a micropipette by the application of negative pressure, such as from a syringe pump or change in the hydrostatic pressure of a fluid filled reservoir. The cell is first immobilized on the tip of a micropipette and suction is applied to draw the cell inside the tube.

To quantify the distance travelled by the pipetted portion of a cell through the micropipette tube, the cell’s position can be tracked using a microscope. This behavior is predicted by a lumped parameter model which represents the cell as a combination of springs and dashpots (thereby modeling stiffness and viscosity, respectively), as shown in the figure above.

The deformation displayed by cells undergoing micropipette aspiration shows a linearly elastic response, as a result of its stiffness, and a creep response due to its viscous behavior. This response is unique to different types of cells; for example, white blood cells measure lower stiffness than chondrocytes. This difference in cell stiffness affects the way in which cells interact with one another and the way they are affected by their immediate environment. Micropipette Aspiration is a versatile technique that allows stiffness to be quantified across many different cell types.

Typically we think of cells as sacs of chemical soup, chemical factories housing various metabolic processes, but stiffness and other mechanical properties of cells are just as important to functions such as:

Decades of research have shed light on the architecture of cells, what gives them shape and how they respond to applied mechanical forces. The cell has a constantly changing scaffold of “sticks” and “strings” (i.e. microtubules and actin filaments, respectively), allowing for both mechanical interaction with its environment but also eliciting physiological responses in cells. Different pathologies can manifest themselves as changes in cell viscoelasticity. The ability to quantify the mechanical properties of cells is useful in investigating and possibly diagnosing different pathologies. 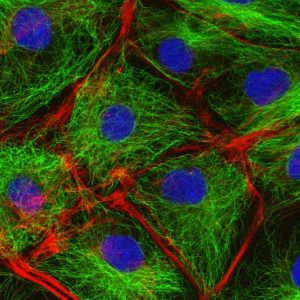 The cytoskeleton of cells: in green are the microtubules, in red the actin filaments and in blue is the nucleus of cell.

Despite spanning decades in research, cellular biomechanics has had a slow uptake in interest. In addition to Micropipette Aspiration, many approaches to measuring mechanical properties of cells exist including:

These techniques offer their own set of advantages, such as increased spatial resolution and localization of cell mechanical properties; however, they require expensive equipment.

Interest in cell mechanics and the rapid adoption of microfluidic devices has increased the potential of such a technique as a label free biomarker in clinical diagnostics. It can shed light on the effect of treatment offered by a medical device on affected tissue, such as the effect of shear stresses on cells in implantable devices. Mechanobiology is also a growing subject of interest in stem cell research. The effect of a cell’s stiffness and its interaction with the surrounding matrix has a major effect on cell differentiation and proliferation, greatly impacting approaches in tissue engineering. The increasing consideration of cell biomechanics adds a new dimension to the challenges and potential of biomedical engineering.

For more information on the topic, go to the Journal of Nanotechnology in Engineering and Medicine.

Jurgen Frasheri is a Junior Mechanical Engineer at StarFish Medical.  This is his first StarFish blog. While a student at University of Toronto, Jurgen belonged to an engineering design club that develops autonomous underwater vehicles for international design competitions.