Injection devices have been around for centuries, and though the ubiquitous needle-tipped plastic syringe hasn’t changed much in the 60+ years of its existence, other technologies have been developed with significant advantages. Though it’s tough to compete with a disposable product that costs just pennies to manufacture, this article will explore some of the disadvantages of the current standard that alternative delivery systems are trying to solve.

Before that, we should quickly define a syringe as the plunger/tube assembly, and a needle (or cannula) as the hollow tube often attached to a syringe. An injection sometimes is defined as the delivery of a drug with a needle, but in this article it means any method of delivering a drug. The epidermis is the layer of hard, flattened skin cells on the outside of our bodies, whereas the dermis is a layer softer, more active skin cells underneath. Subcutaneous tissue is a layer of fat and collagen, and finally muscles vary in depth depending on their location in the body.

The disadvantages of the needle-tipped plastic syringe are fairly well understood. Though they look simple, they require training to fill, choose a location, hit a specific depth, and dispose of properly. Without any bells or whistles, they are prone to causing needle stick injuries which occur millions of times per year worldwide, resulting in an estimated 85,000 HIV and Hepatitis infections (in addition to other diseases) annually.

Pre-loaded syringes are handy to reduce needle handing and associated risks, but can waste expensive medicine, cost more and often require more stringent regulatory requirements (drug-device). On the other hand, manually loaded syringes are relatively slow to use, expose the user to multiple opportunities for accidents or cross-contamination, and dull the tip of the needle. Lastly, and perhaps most importantly, needles hurt. In fact, they hurt enough that 20% of the population will avoid medical treatment involving needles and 40% of people who do not get the flu shot note trypanophobia (or fear of needles) as the reason why.

For these reasons, modern alternative drug delivery systems have a compelling market case. Each have different solutions to the above problems; and though they tend to cost exponentially more, their manufacturers will point to supporting evidence that shows the cost is justified long term – either through reduced pain or increased efficiency. There are many alternative injection systems in development and on the market but it’s worth starting with one of the most popular systems that is intended to replace the standard syringe and needle: jet injectors.

Jet injectors (sometimes called needle-free injectors) have been around for decades, and use pressure to force the fluid into the body without any needle at all, resulting in less pain for most patients. Jet injectors can generally target different areas within the body, usually subcutaneous tissue or muscle, where some other forms of needle-less injectors can’t penetrate as deeply.

Unsurprisingly, these systems typically require a relatively expensive capital purchase followed by lower per-patient costs, though they still don’t seem to be cheaper than traditional needle-syringes overall. One of their main uses is in mass-vaccination, where their greater speed and simpler use are paramount.

However, jet devices have a history of cross contamination exactly for these reasons, and though many newer models have taken steps to address those concerns, one can imagine that any device built for fast mass administration is likely to have more risk of issues effecting large groups of people.

Other alternate delivery systems typically seek to not only solve the issues of traditional syringe-needle systems, but also the issues of jet injectors. Here are a few systems and their characteristics: 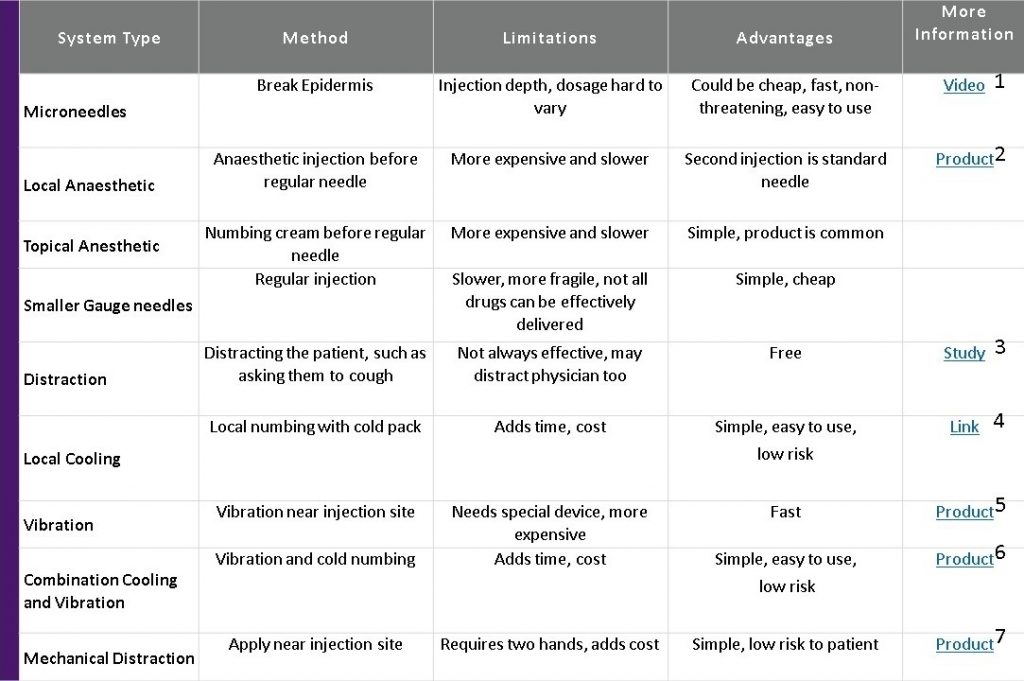 Though each of these medical devices have their advantages, none solve all the issues without being significantly more expensive or complex to use than traditional syringes. The most likely way we’ll see these products widespread in the market is if they can reduce their price, or get insurers to pay for them by convincing the industry that less painful injections mean decreased healthcare costs long term.

If just one of these modern medical devices breaks that barrier it could have a huge impact on human health – not to mention lucrative sales in the global market. Injection devices may not have changed much in the last hundred years, but hopefully the next hundred years will be a lot more painless.

Nigel Syrotuck is a StarFish Medical Mechanical Engineer and frequent guest blogger for medical device media including MD+DI, Medical Product Outsourcing, and Medtech Intelligence.  He injects humour and imagination into projects big and small and blogs on everything in-between. 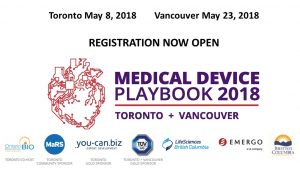