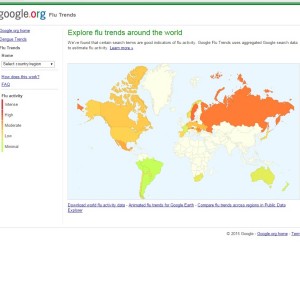 There are two types of people in the world: those who think space is cool, and those who think space is really cool. If you’re in either camp, you might have heard that engineering wiz-kid and internet mogul Mr. Elon Musk is up to his old tricks again, this time planning to launch a multi-billion dollar constellation of thousands of satellites to bring the internet to every corner of the globe. 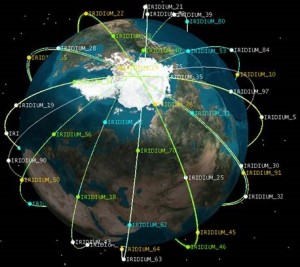 The iridium constellation delivers sat phone coverage all over the world with 66 satellites.

SpaceX (Musk’s company) is not the first to attempt this. It has been a popular project as far back as the 90’s. In the last year some of the world’s biggest tech companies have announced they, too, want to connect the world. Facebook wants to do it with drones; Google with balloons; and SpaceX and Virgin with satellites. Space is about to become very busy, perhaps so busy that the terrors of Gravity could happen. A more likely outcome of global internet access is an explosion of information and access. For medical devices, which are increasingly relying on internet access, this could mean big things.

Internet access for all means not only more people accessing Web-MD, but more people being assessed or treated with reliable medical devices.  These devices perform much better with an internet connection, as they can access the internet for updates and big data processing that can be controlled and monitored quickly.

A diagnosis is a whole lot easier when the device knows what prescription drugs you are on and what the latest flu virus symptoms are, and then it can add its own conclusions to a pool of knowledge for future devices to come to the same diagnosis. We all know that Star Trek-like Tricorders are coming, but it is only going to be possible with easy access to information that can be updated in real time.

I have a friend who works in Silicon Valley, and he once told me:

“If you can’t figure out what an application is selling, then it’s selling you.”
Powered By the Tweet This Plugin

Tweet This
That’s a cynical outlook, but access to users’ information is extremely valuable to both the powers of good as well as evil. Imagine that another billion people are suddenly connected to the internet via these satellites. It is very likely that these people live in developing countries without easy or affordable access to healthcare. Now also imagine that the WHO (or whomever, if you’ll pardon the pun) built an app that gave simple health advice to these people who can search for their illness on their online database.

Suddenly two things will happen: 1) a billion people now have excellent, up to date health advice and 2) the WHO can tell exactly what is happening and where based on who searches for what (say that three times fast). Outbreaks can be tracked and stopped, statistics can be built, and aid can be targeted for a fraction of the price that organizations like this spend today. Imagine if we had this during the Ebola outbreak! In fact, Google is already doing this for the flu (click here for interactive map).

It seems to me that whether it is SpaceX, Facebook, Google or whomever who first wires the world they will not only make a whole lot of money, but they’ll also help to improve global healthcare more quickly than anyone has ever been able to before. Plus I’ll be able to surf the internet on my next airplane trip and google what sickness the person has next to me.

Nigel Syrotuck is StarFish Medical Mechanical Engineer, and one of those people who thinks space is really cool. He thinks big in product definition and product development.  He also relishes the challenges and opportunities the upcoming generation of digital health devices will provide and hopes that Candy Crush won’t steal his personal information and sell it.