VICTORIA, British Columbia and TORONTO, Ontario, December 17, 2019 – The 2019 StarFish Group honors for outstanding contributions to company success were presented to Christian McMechan, Doug Bailey, Hannah Rusak-Gillrie, Wes Chamberlain and Lorenzo Gutierrez at the organization’s annual Christmas parties in Victoria and Toronto. Nominations are submitted by company employees and cite a variety of achievements and outstanding performance for each award.

“The Chris Denny Award was created in celebration of a very important early designer who passed away.  It celebrates the essence of our company, which is innovations that transform our clients’ businesses. Over time we realized that we needed to augment the award with one for people who dig deep and overcome challenges. And then we added another one to recognize that sometimes people who are well organized, plan and build systems should be celebrated too. So we’ve got a wonderful series of awards to recognize different ways that people contribute to our ongoing success,” explains Scott Phillips, CEO and Founder of StarFish Medical. 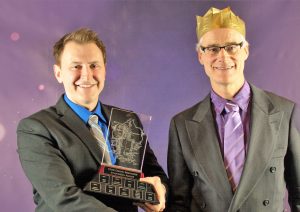 Scott Phillips explains the origin of the award, “Chris Denny was a longstanding high innovator in our company who had a huge impact on our success. He passed away a few years back. Each year employees nominate colleagues who have immersed themselves deeply in a technical problem to find a brilliant solution to the design challenge, as-stated, or more deeply. I have the rewarding, yet difficult, job of selecting the recipient.”

Christian McMechan, Senior Electronics Engineer, received the Chris Denny Memorial Award for Innovation for his work on “one of the most complex systems integration challenges we’ve worked on, due to its eccentric data processing, EMI, acoustic, usability, regulatory and ingress specification.”  Christian “is the main StarFish technical authority on this system. He provides input on everything from the ultrasound receiver and RF emitter designs to the entire electro-mechanical system as a whole. Christian can often be found problem solving after hours trying to break us out of tricky situations (thanks Kim!). Christian works closely with, and provides advice to, the client CTO and PhD resources, and is yet again a beacon of confidence for everyone he works with internally and externally.”

Upon receiving the award, Christian said, “I’m honored to receive this year’s Chris Denny Memorial Award for Innovation for my contribution to a uniquely challenging ultrasound design.   As an organization, we pride ourselves on our ability to match the right team members (and their strengths) to the defining characteristics of each project; this is especially true for this one.  I’d like to thank the design team members for their unrelenting drive to create an instrument that meets its stringent performance requirements.” 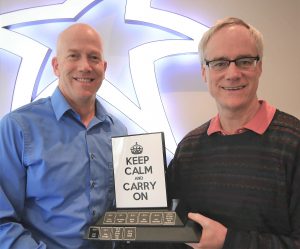 Keep Calm and Carry On

“This is the one where you may notice that your spouse doesn’t come home that much because they’re working so hard,” noted Phillips as he announced the nominees and winners. The Keep Calm and Carry On award honours an employee who rises to challenging times with compassion and grace, making employees, customers, and leadership feel more confident, positive, and well looked after.

Doug Bailey, Program Manager, receives the Keep Calm and Carry On award for “juggling a massive amount of moving parts and high-pressure timelines from our (currently) largest client, and doing so while maintaining a great relationship with them.”

The Keep Calm and Carry On Award was presented to Doug Bailey, Program Manager, for “being ready to support the team on anything we need, including if we’re here on weekends. Doug always has a plan and a positive attitude for any situation, and his threats to strangle UPS employees are exceedingly rare. Doug is very much a deserving recipient of the Keep Calm and Carry on Award.”

Doug was also quick to thank his team, “I appreciate being recognized, and I would like to thank the entire Endra team – their expertise and professionalism.“ 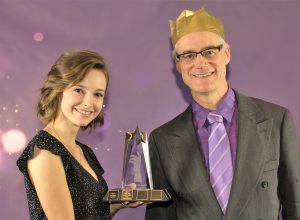 Reach for the Stars

The Reach for the Stars award honors an employee whose process, innovation or idea has helped StarFish and/or our clients get better. Phillips explained the reasoning as follows, “Reach for the Stars is the award for anybody who’s actually not been staying here all night long, but has been smart enough to figure out systems so they don’t have to stay here all night. We don’t want to just celebrate people being crazy about working (although we appreciate that); there should be some recognition of people who are quietly working behind the scenes, making everything work for everybody else.”  This year two employees received the award.

Hannah Rusak-Gillrie, Human Factors Engineer, received the Reach for the Stars award for “developing a new method for reviewing work in the Industrial Design and Human Factors team. Inefficiency and confusion was a common problem with the predecessor form, so she created a sophisticated Excel sheet that helps users quickly review very specific points on any subject to shorten the review time while ensuring that no points are missed in a review.” 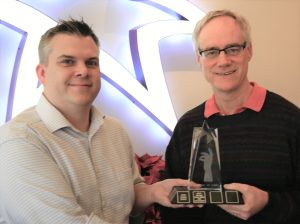 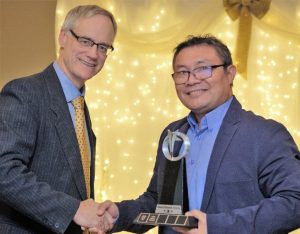 The Above and Beyond award is a new award presented to a Toronto team member who has gone beyond their roles and responsibilities to make a StarFish project a success.

Lorenzo Gutierrez, System Engineer/Interim Site Director, received the inaugural Reach for the Stars Toronto award with three nominations: “Words cannot describe the amount of dedication and energy Lorenzo has put into advocating for and building up the Toronto office. Above and beyond is an understatement in this regard.”

“He goes above and beyond everyday to make the Toronto office a success. He attends countless networking events and prospective client meetings, mostly during his personal time. He always advocates for Toronto at management meetings. As well, he orchestrated the entire microfluidics facility from the planning, decision making on procurement and the training of Toronto staff. He also did this in a relatively short amount of time after working hard to get the budget approved.”

“Lorenzo’s tenure as Toronto Site Director embodies the term “Above and Beyond”.  Last November Lorenzo stepped up to the challenge of representing StarFish within the Toronto community, while raising site morale, providing encouragement and identifying new opportunities to a team still in transition. In the past year, Lorenzo’s spirit, energy and sheer will power have helped the Toronto team grow in size, mature in quality and rebuild into a culture that Victorian colleagues recognize as their home away from home.  He digs deeper and always reaches for the stars.”

Lorenzo was very touched by the award and nominations.  He recalls the moment saying, “I was not expecting this award. Thank you all for the nominating me (I almost cried). It is my pleasure and honor receiving the award. This is for all of us!  Let us work together, move forward and reach beyond what we could do!  Again, thank you so much!”

Scott Phillips describes the significance and impact of the 2019 StarFish Group honors, “There were so many different nominations. It was wonderful, actually. The degree that people take it seriously. I could see the impact that the process has. That the people who won should be recognized by their peers. It’s always nice when you create something which takes on a life of its own. People make it into something special.” 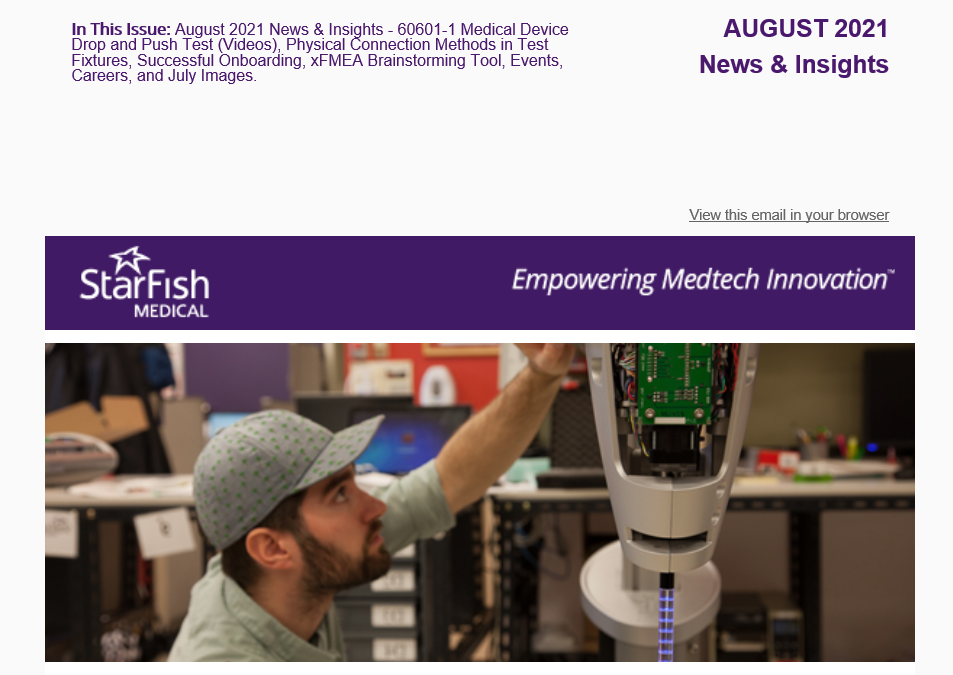 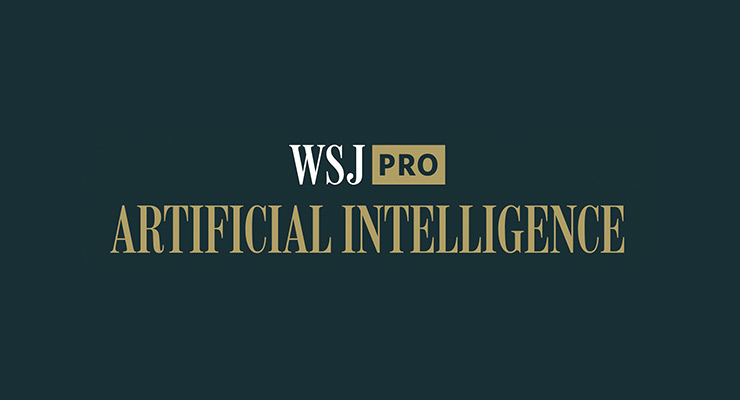 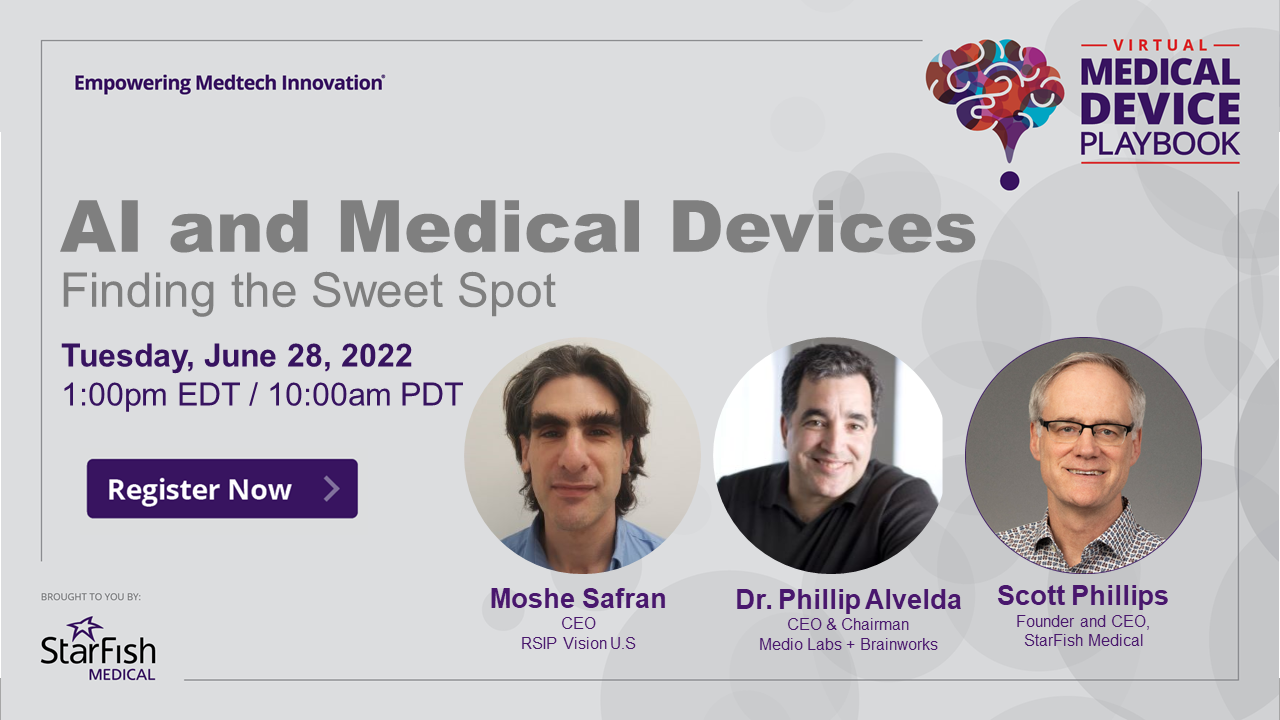 AI is coming to healthcare and will change medical devices and your plans. Are you ready? Victoria BC (June 10, 2022) StarFish Medical announces...