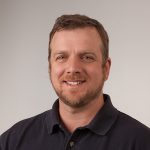 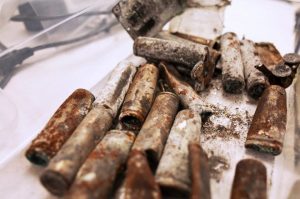 As medical devices and instruments become more portable and ultimately wireless, the need for a reliable power source has become a major design element.  The demand for ever smaller, higher density battery packs is growing as portable medical devices shrink in size and develop more ergonomic forms.  With all of the size, form, capacity and performance demands on batteries, designers cannot ignore battery safety for medical devices.   There have been hundreds of injuries, property damage, and even deaths caused by exploding battery packs and resulting fires.

According to FEMA, 80% of battery explosions and fires occur during the charging cycle.  The primary cause of these battery failures was linked to the use of alternative chargers that were not originally sold with the device.  Some simple devices rely on the wall charger to regulate the charging current, while more complex devices contain their own charging IC.  It is easy to understand how using the wrong wall charger could incorrectly charge a portable medical device and result in a battery failure.

Environmental conditions can also contribute to battery failures.  Consider the temperature limits that your portable medical device is going to be subjected to during its lifetime.  For example, a Bluetooth hands free adaptor placed in a car that contained a lithium-polymer battery could experience battery failure due to the extreme temperature ranges experienced inside a vehicle.  The device was charged with its small solar panel.  The charge rate would increase to its maximum when the sun was its brightest.  Coincidentally, the temperature inside the car would increase throughout the day.  As a consequence of repeatedly charging the battery at peak temperatures, the battery started to swell and eventually cracked open the enclosure.

There are many battery chemistries available today.  It is important to select the correct battery for the correct application.  Lead Acid batteries are used in automobiles because they are good at producing large amounts of current.  Lithium batteries are commonly used in portable medical devices because they have high energy density (small) and are lightweight.

The battery chemistry will determine the following parameters of your battery.

Your application will determine which battery chemistry best suites your requirements.

The primary means of protecting a battery is with a Protection Circuit Module (PCM).  This module limits the battery’s maximum charge and discharge voltages and currents.  The PCM will go into an open circuit mode if any of these conditions are exceeded.  Overcharging or even over discharging a battery can lead to thermal instability resulting in an abrupt release of energy (jet of fire or explosion).

Each cell in a battery pack should be protected by a PCM.  The PCM is typically located directly on the cell, but can be integrated with the charging circuit board.  Multiple PCM’s can be ganged on a single PCB to support a multi-cell battery pack. The manufacturers of Lithium batteries must minimize the presence of impurities, such as microscopic metal particles, in the batteries during the fabrication process.  Failure to do so could lead to an internal short circuit resulting in a buildup of heat.  A chain reaction often occurs where the internal heat causes the battery to become thermal unstable and results in self-destruction of the battery from the inside.  This self-destruction could be as simple as swelling and hissing gases, or as dramatic as shooting flames and explosions.  Protection Circuit Modules (PCMs) can’t protect the user from faulty or impure battery chemistry.

Lithium-ion and Lithium-polymer batteries should be stored at 15°C with around 40% charge.  This increases the shelf life by reducing the self-discharge rate.  A typical Lithium-Ion Polymer will retain more than 85% of its original charge after sitting in storage for 1 year.  Storing a battery at higher temperature will reduce the retained charge.

As a battery is charged, it will naturally swell up to 7% of its original size.  Your enclosure must incorporate this into its design.  Ignoring this will place undue mechanical stress on the battery and the enclosure, resulting in damage to the battery and/or enclosure.

It is important to charge a battery with the correct voltage and current in the correct sequence.  Lithium-ion and Lithium-polymer batteries require a multistate charge profile to safely charge them.  This profile is designed to preserve the longevity of the battery while ensuring its safety without reducing its performance.

Stage 1: Precondition (small amount of current applied until the voltage reaches a set-point)

Stage 2: Constant current (the voltage will ramp up until it reaches a set-point)

Stage 3: Constant voltage (the current will slowly reduce until it reaches a minimum value)

Shipping dangerous or volatile goods can be time consuming and costly.  Batteries such as Lithium-ion and Lithium-polymer can be considered dangerous goods and are most commonly shipped by ground.  Some shippers require that lithium-ion or metal cells and batteries shipped with equipment be prepared and shipped as fully regulated dangerous goods and will no longer allow air shipments for these goods.  Other shippers will allow air shipments of these goods, but limit the aircraft to “Cargo Only” and limit the charge state of the battery.

Before batteries can be shipped in quantity, they should be tested to the safety standard of UN 38.3 “Recommends the Transportation of Dangerous Goods – Test and Criteria” (specifically for Lithium-ion cells and batteries).  The following tests are performed on Lithium-ion batteries as per UN 38.3 certification.

Shipping restrictions loosen up once the battery is UN38.3 certified and part of a product that contains the necessary protection.

We have heard stories of improperly shipped batteries from suppliers.  In one instance, some prototype batteries with integrated PCM’s were shipped from a supplier.   The batteries were loosely packed in a standard USB charger enclosure.  They were not connected to the USB battery pack electronics and didn’t contain any PCM’s.  The supplier hid the unprotected batteries in a USB battery pack enclosure to avoid additional paperwork, shipping expenses and shipping time.  This is unsafe and not a desirable method of transport.

No amount of testing and protection can completely eliminate battery failures that result in property damage or injuries.  Product designers and engineers should adhere to all precautions and safety practices.  Take precautions when designing portable medical devices and never underestimate the large amounts of energy stored in the batteries.

Joshua Hayes is a Senior Electrical Engineer at StarFish Medical. He is skilled in analogue and digital electronics design and PCB layout and has extensive experience designing firmware for embedded systems. A graduate of Camosun College and University of Victoria, this is Josh’s first blog for StarFish Medical in more than 12 years.

One response to “Battery safety for medical devices”