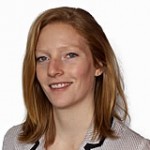 Think back to your last job interview… in all likelihood you were asked to describe a difficult situation you faced and how you tackled it, or to explain your greatest weaknesses, or a major failure you encountered in your career. You squirm in your chair and try to think of a positive way to spin the fact that you were laid-off from your last job, or that the last device you designed never made it to market.

I have volunteered with Engineers Without Borders (EWB) for the past six years and feel there is a lot to learn from an emerging trend in international development: admitting failure.  EWB feels that  “openly acknowledging failure is often a catalyst for innovation”; that the act of admitting failure will help us learn from our mistakes and improve our practices.  Dr. Brian Goldman’s TEDtalk “Doctors Make Mistakes” discusses this same link between admitting failure and progress in the context of medicine, and I believe that this link applies to medical device development as well.  Though the stakes are high in our field, and there is a huge stigma around failure, it IS out there.  So why not embrace it and learn from it?

The term “fail-fast” has been coined in the start-up world to explain a strategy of short-cutting our route to getting things RIGHT. Instead of muddling along with a device that might not fit the needs of the user, “fail-fast” encourages getting a basic prototype into the user’s hands earlier to involve them in the design process.  It is likely BECAUSE of a fear of failure that we are hesitant to distribute an initial prototype to a potential user, but the longer we wait, the harder it becomes to accept and deal with failure.  “Failing-fast” can ensure that problems are caught early at a stage where they are much cheaper and easier to fix; A design change in an early prototyping stage is much more appealing than resolving a recall – a process that is extremely expensive and often destructive to a company.

In order to practice admitting and learning from failure I have taken up the exercise each month of writing out any challenges, barriers and failures I have faced. I share this information with my manager, and the more I start admitting any failures or challenges, the more I feel I can learn from them. I have found embracing failure a liberating process.  I am becoming less afraid to experiment and innovate, and motivated by my mistakes to improve upon my abilities and work.

Being able to admit failure has a lot to do with leaving one’s ego behind, and being adaptable to change.  There is a fine balance between confidence and criticality in one’s work, but with humility and flexibility at one’s side, embracing failure can be an incredibly positive learning experience.

If you are interested in learning more about embracing failure, I recommend Kathryn Schulz’s TEDtalk “On Being Wrong“.  A self-proclaimed “wrongologist“, Schulz helps open the world up to embracing failure and the benefits of this practice.