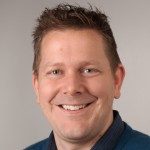 Unlocking the engineering mysteries of eye accommodation for AIOL lenses 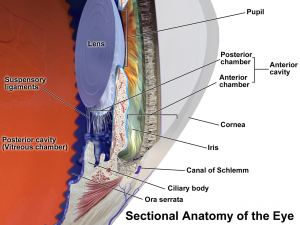 It is shocking to me how much we have discovered — and yet how little we still know — about the human body. At times, this makes it hard to design products to solve a problem.  A great example of this is the human eye.

Experts can step through how to unblock a blocked Schlemm’s Canal or tell you why intraocular pressure can result in optic nerve damage. We know a fair amount about some parts of the eye and even how to solve problems with them.  As an engineer I thought I might offer a few interesting observations about the theory of eye accommodation and why it has been a tough nut to crack.

Eye accommodation is the process by which our optic lens deforms, allowing us to see things up close or far away.  Only a few body parts are involved: working from the inside out, we have the lens, capsule, Zonules of Zinn, and the Ciliary Body.

From my perspective, solving all of the mysteries of eye accommodation is not as compelling as solving a problem that improves people’s lives. Understanding accommodation as well as the surrounding tissue materials properties is key to unlock a large market for accommodative intraocular lenses (AIOLs). The current standard of care for cataract surgery (the most common surgical procedure performed) is to remove the natural lens and replace it with a rigid piece of plastic. This means that no accommodation of the lens occurs, and recipients are forced to utilize reading glasses (and their arms) to get items in focus up close.

As recently as 2006, debate still occurred over how each of these pieces worked in unison, as evidenced by the Schachar Theory of Accommodation. The date is not a typo, even in the day and age of sophisticated computer systems, Scanning Electron Microscopes, Atomic Force Microscopy, and a plethora of detailed physiology studies from the likes of R.F. Fisher in the 1970s and beyond — experts were debating on how we focus our eyes.

The Helmholtz’s Theory of 1855 is NOW generally accepted as correct. This theory indicates that the ciliary muscle, in its resting state, provides tension to a series of fibrous materials to the equatorial region of the capsule, causing the lens (contained in the capsule) to deform – and right now – while you’re reading these letters on your computer screen a foot or two away, your ciliary body is contracted, allowing your lens to bulge and focus on things up close.

This means that your lens has to ‘rebound’ every day after being flattened for 8 hours or so while you sleep and dream. It’s no wonder that this back-and-forth system breaks down with time, forcing a large majority of the population to don reading glasses by their late 50s. Shachar’s Theory was a bit different – he relied on the zonules along the equator of the capsule to tighten and cause central surfaces of the crystalline lenses to steepen, while the anterior-posterior zonules would relax. 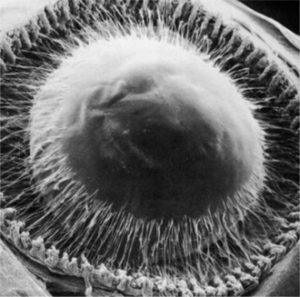 The confirmation of Helmholtz’s theory is likely attributed to the advent of ultrasound systems, specifically targeted to measuring features within the eye as well as Schachar’s surgical use of scleral expansion bands to increase the distance between the lens equator and ciliary muscle showing poor results. Schachar likely felt compelled by a deficiencies in Helmholtz’s theory such as:

Other surgical tests also seem to drive a wedge of logical fallacies into Helmholtz Theory – such as experiments in anterior ciliary muscles of primates being removed, and hyperopia as opposed to myopia observed. Perhaps Helmholtz’ theory remains prominent in textbooks out of convenience.

Making an effective AIOL has not been a trivial task for a large number of companies that have developed, clinically trialed, or even launched devices into the marketplace – and none of them work perfectly, at least not yet.

Some challenging factors in characterizing accommodation for useful AIOLs are (from an engineer’s perspective): the ciliary body produces measly forces somewhere in the 100 – 1000mN range, zonules are about 1um in diameter (~100x thinner than human hair), and the capsular bag (surrounding the lens) is ~10um thick. These are small numbers and small features – and as all of these structures are non-linear, non-isotropic, age dependent and change by the minute when removed from the body – it is possible that much of our understanding gained from ex-vivo testing may be fundamentally flawed.

Unfortunately I’m not sure how we’re going to solve the ability to provide accommodation to the large masses of people that get cataract surgery every year – nor am I sure how we will solve the details of how the eye really works. However, continued advancements in ultrasound imaging, elastographic imaging, optical coherence tomography, improved tissue fixation techniques, and long term physiologic monitoring will contribute to our understanding of the problem.

With continued entrepreneurial optimism, learnings from failed attempts, and advancements in fundamental understandings, it is only a matter of time before our grandmothers will have better sight than their granddaughters, and that’s pretty exciting.