Getting Past “No” with Engineers 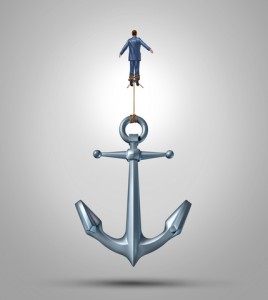 I often find myself playing both sides of the field as a project manager and an engineer. This lends an interesting insight into the mechanics of both. Project management certainly has its tribulations, but sometimes technical challenges can really make you feel stuck with no good options.

When this happens, I often watch the same story playing out over and over again. I call it “Getting Past ‘No’ with Engineers”:

Project Manager: “We need to meet this requirement.”

Engineer: “It seems like it would be very expensive and difficult to meet that requirement. How about we approach it from another angle and meet a slightly different requirement instead?”

Project Manager: “We shouldn’t have to change the requirements. As a matter of fact, I read someone else has already met the original requirement! The only catch is that I don’t know how they did it.”

Engineer: “Oh really? “ –Suddenly they are inspired to meet the challenge- “Well they probably did X or Y or Z.”

Project Manager:  “Well, let’s do one of those!”

It’s always the same outcome: once they learn that someone else has solved the problem, without even knowing how, most engineers can abruptly think of a half dozen different answers… But a second ago it was impossible!

This is a great trick to keep in your PM toolbox. When at first a challenge is impossible, simply saying “let’s imagine that someone else has solved it already, how do you think they did it?” can break down the mental wall of impossibility. As an engineer and project manager, I sometimes use this trick on myself. For the ultimate test, ask an interviewee and watch just how insanely creative they get trying to solve a possibly unsolvable problem (let’s not be too cruel though).

Case in point: the FBI gaining access to the San Bernardino iPhone. First, the entire combined might of the FBI couldn’t break in without Apple’s help. Suddenly a mysterious party comes forward with a solution. Then we hear the FBI saying they can do the impossible, after weeks of everyone in the world (including Apple themselves) saying it was impossible. And then what happens? A few days later a number of journals at IEEE, ABC, and BRG are proposing a half dozen different ways to do it. Where was this inspiration beforehand? Maybe they didn’t want to give the FBI ideas, or heck, maybe the FBI just pretended to have a solution to see what the analysts would suggest…

For the record, we now know who did it, though still not how it was done. I should also mention that Ars Technica actually did have a couple of ideas before the announcement came out.  Nevertheless I still believe that knowing if something is doable is one of the best motivations for getting it done. If you’ve hired the right people they will always be able to solve a difficult problem eventually, but getting there quickly is where project management skills really hold value.

Now that you know how to getting past “No” with engineers, it’s time to learn how to get to “Yes”. Check out Heidi’s must read project management blog: Truly great project managers find ways to say “Yes”.

Nigel Syrotuck is a StarFish Medical Mechanical Engineer.  He works on projects big and small and blogs on everything in-between. He hopes the engineers on his projects don’t read this column too closely.

One response to “Getting Past “No” with Engineers”