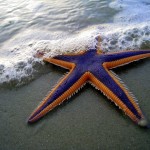 Common (inexperienced) thinking is if you have a year to design a device, allocate ten months to designing the product and two months to building it. In reality, it is more of a 50:50 balance. If everyone isn’t prepared for that, they often underestimate and go over budget. Most people think the bulk of design work is in the product design and NPI is the simple part. But supply chain – qualifying vendors and getting the right parts that meet your spec – are all critical. Getting everything that regulatory needs for FDA approval is critical. All of these things take time.

For a lot of products, one core component is going to drive the cost and the risk. If you design around the first version that can be sourced, later on designing around the correct version might cause a big disruption and change some strategic design elements. By understanding tradeoffs early, the supply chain involved during conceptual development phase can make a huge difference as you’re trying to think about what are you going to build around.

For example, a device had a pump that cost $400. It was outrageously expensive. Other pumps on the market were $10 and could do the job, but they would need additional support circuitry. Once a device is designed around the $400 pump, it’s pretty hard to tear out and reconsider how the whole product will manage risks.

The Exit Value of NPI

The potential for NPI to add founder/company value is often overlooked. A lot of startups are built with an exit target in mind. NPI initiatives will often impact an exit value by at least a factor of two. Calculating the sale price of a company is based on margin or on market signals. Investors like a market buying the device in a smooth upward ramp and the devices are working reliably in the field. If any of those assumptions are not met, they will cause a big discount in exit value.

NPI activities center around DFM (Design For Manufacturing) refinements, smoothing out manufacturing by nailing down the processes and validating them properly. NPI also includes strategic sourcing to knock down prices and get good margins, maybe even future margins. Margin is a big driver of valuation. These NPI activities are probably as important in terms of dollars as all the other activities put together.

Ultimately, founders want to be as minimalistic as possible as they drive up value and minimize their dilution in the early going of their development. There’s heavy lifting in the middle when they’ve raised more substantial cash, and then there’s value application at the end. It takes so much wisdom to know what lever to pull at what time. You need to have been through that loop a few times to really understand.

A client was developing a transducer and their first round of funding was about forty thousand dollars. They allocated $38,000 to designing and $2000 for the extra bit of manufacturing at the end to get regulatory approval and clinical devices. I think they actually spent the forty on a very simple device and another hundred trying to get clinical parts passed by regulatory. There is a huge lack of knowledge in new companies that think they just need to make a device and get it out of the door. If company doesn’t know what NPI is, chances are they don’t know what “ready” for manufacturing means.

Going through a few prototype releases, trying to do builds of prototypes, even quite early prototypes, gives you a bit of a read on what the final build is going to look like. If every one of your prototypes is built lovingly by engineers up until the end of beta, you suddenly get an enormous surprise. Plus, you probably have a whole bunch of engineers who are completely bored, but that’s a different conversation.

If every single one of your prototype builds ends up being a bit of a prototype, then it’s time to transfer. It’s an experiment in “can we make this thing?”. Even if to begin with the prototype isn’t super representative of the product, it’s still a predecessor to the product. If you can’t even transfer that prototype so that it can be built at least times five, you’re probably heading in the wrong direction.

NPI is more like the bridge to manufacturing than the gatekeeper, in that you can try to drop something straight into manufacturing, but it’s likely to be unsuccessful. NPI will take a device from being able to replicate a few times and help shepherd it into many, many “sheeps go over the bridge”.

How early in the product development cycle should you consider NPI?

We think very early, but practically it doesn’t happen as often as it should. We do a lot of late fixing. Founders end up with lower exit values than they could have had.

NPI engineers speak the Product Development language, but they are backed with manufacturing capabilities. I’m an engineer who is currently engaging our NPI team on a very early prototype. We talk a similar language and they help us make sure that we have everything needed to actually replicate that prototype.

We recently engaged our NPI team for a new client. They asked us several high level strategic questions, such as “what’s the target production volume and the target cost?” We took those questions, developed answers with the client, and included them in our very first draft of requirements. That’s one way to engage NPI at the very earliest stage and make sure there’s a flow in the requirements all the way through prototyping and manufacturing.

NPI is a distributed activity through the whole development process. It’s not just a layer at the end of it.