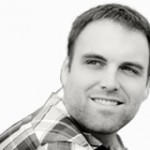 The RoHS 2 Directive will have a huge impact on designing medical devices and other devices alike.  According to RoHs FAQ Guidance document published by EC, from July 2014 the substance restriction will gradually be extended to new product categories.

The provision of RoHS 2  and Medical Devices will be apply as listed in the chart above.

With the big news hits around Restrictions of Hazardous Substances (RoHS) being focused on the ban of lead paint for children’s toys, many overlooked how broad the use of hazardous substances was in other applications. The use of hazardous substances is widespread, even in the medical device industry, and the RoHS Directive is working to crack down on this. Though the RoHS Directive of 2002 included exemptions, which kept medical devices out of the debate, Category 8 and 9 are no longer exempted with the RoHS 2 Directive of 2011. Compliance is a more substantial challenge than is often recognized – here with some of the details.

Although we most commonly associate the acronym RoHS with “lead free,” the RoHS Directive actually restricts the use of six hazardous substances:

How broadly are the effects of the RoHS Directive?

The six restricted substances have broad applications, and their use is certainly not constrained to the electrical domain as is often assumed. The most commonly recognized hazardous materials, lead and mercury, are still used in many applications today even with their hazards being widely known. Up until recently, lead has been widely used to ease the soldering of electronics, and for tinning in printed circuit boards. Mercury has widespread use in thermometers and lighting. The other hazardous materials, though less commonly recognized, have equally dangerous and widespread applications:

With all of the applications that make use of these now restricted hazardous substances, it becomes apparent that a transition to RoHS compliance is not a simple matter.

In order for a device to be RoHS compliant every subcomponent from plastics, sheet metals, machined metals, paints, coatings, adhesives, lubricants,  screws, washers, printed circuit boards, connectors, cables, packaging and textiles (and the list goes on) must be considered.

The first version of RoHS (Directive 2002/95/EC) included some exemptions that are no longer in effect since RoHS 2 (Directive 2011/65/EU) came out on July 1, 2011. The changes affect Category 8 and 9 devices with a transition period allowing companies time to come up to speed, specifically:

And that’s not all. The recast RoHS Directive, RoHS2, is now part of the CE-marking directive. This means that you are required to affix the CE mark to your device in order to be RoHS 2 compliant, which adds the requirement for your device to comply with the Medical Device, Machinery and EMC or Low Voltage Directives.

1. Maintain documentation that allows assessment of the products conformity. The documentation should be comprised of the following.

2. Exercise production control to ensure conformity is maintained; and

3. Provide a written declaration of conformity to relevant authorities upon request.

Failure to meet these requirements will result in serious consequences like product recalls.

Due to the huge impact the RoHS 2 Directive will have on designing medical devices and other devices alike, the term RoHS is being taken more and more seriously. Many manufacturing companies are already offering RoHS compliant options, if not fully transitioning to being RoHS compliant. Compliance is not an option, so get on the bandwagon now and contribute to the health and safety of users.

Update: RoHS 3 (EU 2015/863) directive has been adopted by the EU legislature and came into full force on the 22nd of July 2019 with a special provision for medical devices until 2021 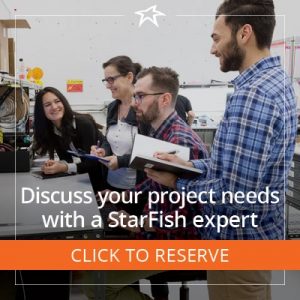