Note: RoHS 3 is a colloquial term referring to Delegated Directive (EU) 2015/863, which is actually an amendment to RoHS 2 (Directive 2011/65/EU) rather than a standalone Directive. Though this terminology has become somewhat common (common enough to keep using the term here), it’s technically inaccurate. Originally published in April 2016, the article is updated on March 2, 2021 to include more details on the July 22, 2021 deadline. 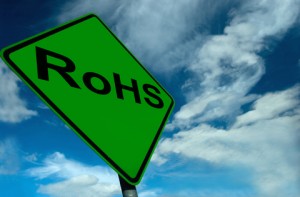 RoHS 3 – The Trilogy is Complete

Are your medical devices RoHS compliant?

The Restriction of Hazardous Substances (RoHS) Directive has had a substantial and permanent effect on the materials that go into many of the electronic products we make.

The original RoHS legislature (2002/95/EC), was released in 2002, and it restricts the amount of six substances (the first six on the list below) to only trace amounts in Electric and Electronic Equipment (EEE). In 2011, RoHS 2 (formally known as directive 2011/65/EU), replaced the original RoHS 1 legislature, by updating the scope and applicable types of products. Then, RoHS 2 was given a substantial update in the form of Delegated Directive (EU) 2015/863 to add four new substances and become what is colloquially known as RoHS 2.1 or RoHS 3 (they are the same thing).

Are your medical devices compliant with the latest changes?

RoHS 3 (EU 2015/863) expands the list of prohibited substances from six to ten by adding four new types of phthalates. This directive has been adopted by the EU legislature and came into full force on the 22nd of July 2019 with a special provision for medical devices until 2021 (see below for details). The final list of substance is as follows:

The 4 new members of the party that were added in RoHS 3 are all phthalates that are used as plasticizers, and are thankfully already banned or restricted in many parts of the world. DEHP accounts for a more than half of the plasticizer industry, for example making up 60% in the Asia Pacific market. It is also heavily prevalent in PVC, which for this reason and others is quickly becoming an unwise choice of plastics in the design of EEE. BBP is widely used in vinyl floor tiles, but can also be found in caulking and adhesives. DBP can also be used in adhesives and in inks. DIBP is used in making PMMA (commonly known as acrylic or Plexiglas) plastic.

How does RoHS compliance pertain to medical devices?

Interestingly, medical devices have special rules for these four substances:

The restriction of DEHP, BBP, DBP and DIBP shall not apply to cables or spare parts for the repair, the reuse, the updating of functionalities or upgrading of capacity of EEE placed on the market before 22 July 2019…

So current devices in the field will be exempt as far as spare parts (i.e., cables) are concerned, but EEE sales after 22 July 2019 will need their spare parts to comply with the directive.

Therefore, spare parts only need to comply with RoHS 3 for medical devices placed on the market after 22 July 2021.

If you haven’t done so already, I would highly encourage designers to source materials and components that are RoHS3 compliant right away – it’s the law. Knowing what to look for and finding good vendors with appropriate quality programs will lead to a smoother product development program and faster time to market.

Nigel Syrotuck is a StarFish Medical Mechanical Engineer.  He works on projects big and small and blogs on everything in-between. This is his first RoHS blog for StarFish Medical, but not his last. 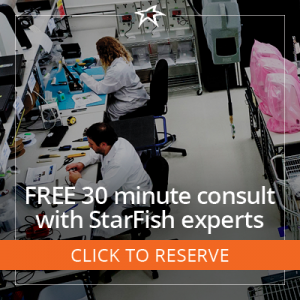