Pros and Cons that help determine when to switch to CAD

How soon is too soon? 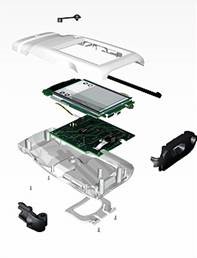 It’s how you make it real, make it official. It’s how you know you’re going to be sticking with it for a while. It’s that time when you step up and decide, as a team, to switch to CAD.

Switching to a Computer Aided Design method is a big step in moving forward from a brainstormed idea into an engineered concept. It makes a concept truly come to life and feel real for the first time. But sometimes designers can get overeager and invest in a computer model too early, only to have to scrap it down the road.

Here are some Pros and Cons that will help you determine when the timing is right.

CAD modelling a design has a number of positive benefits, such as revealing ‘real life’ issues like assembly, wiring, and volume or fit issues that can appear when a 2D drawing becomes a three dimensional object. It also typically requires the designer to actually start specifying hardware.

This can result in further surprises if it turns out that no one actually makes the part you specified (or makes one for a reasonable price). The earlier these are caught the better for the project, which is a big check mark in the “switch to CAD sooner” column.

The other modern use for modelling a prototype is printing it. Now that 3D printers and other computer numerical control (CNC) prototyping machines are becoming more and more available, the step from a model to a physical object is just a click away.

Tied in with all the great reasons listed above are the benefits of an early proof of concept model. Multiple CAD concepts that the engineer will know are possible to make and fit together can be presented neatly to the client in an understandable fashion. The concepts can then easily be tweaked and adjusted as needed, without starting all over again.

This is where things start to get dangerous, which leads us to the cons.

The more tweaks and changes done to an early model, the more likely the team is going to want to keep it. “We did invest all that time, didn’t we?”… This can be a bad idea if it was originally built for a different reason. The ‘just one more modification’ attitude can result in a patchwork CAD model that is more trouble than it’s worth.  It may even need to be redone from the scratch, requiring a comparatively huge time investment that isn’t always possible mid-project.

The later on in the project that the CAD model is done, the less of a risk this is.

The cons of switching to CAD too early.

There are a number of reasons to hold off designing a CAD model too early in the design phase (besides the one just mentioned) and they are all to do with time and money. Typically, the decision to switch to CAD should follow from a decision to commit a certain amount of engineering time to a particular design.

Though it is often cheaper to build proof-of-concept models in CAD than by hand, it’s not always the case. If the goal is sizing, try building a cardboard shaping model. It can also be easy to skip right past all the CAD design steps and mock up a simple part on a mill or lathe for flat or round objects.

Also relevant to sizing is how easy it is to get lost in a model’s true size. The problem (or perhaps the beauty) of CAD software, is that the object is always the size of your computer monitor.

It can be quite a shock to get a part in your hand and finally understand the true size was quite a bit different than you had envisioned.

Luckily, most of these concerns can be mediated by remembering certain sanity checks.

The risk of throwing good money after bad can be minimized by keeping a designated amount of time aside to rebuild the model from scratch when it’s time to move to the final prototype.

So What Should You Do?

In reality, there is no golden rule to know when to switch to CAD from concept sketches: the pros must be weighed with the cons on a case by case basis. Ask yourself how likely the current revision is to stick around, whether or not resources are available to re-do it, and then plan from there. Just be sure to do some planning before taking the big leap!

Nigel Syrotuck is a Mechanical Engineer at StarFish Medical. He has definite thoughts on almost everything in science (The Martian— the book was better than the movie), that he puts on paper without using CAD or making prototypes as he does in medical device product development. 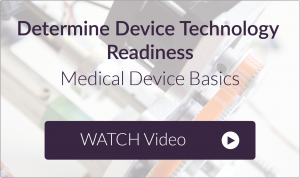