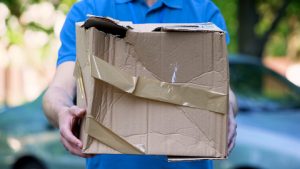 Medical devices, especially complex ones with electronics, almost always undergo shipping testing before they are considered safe enough for market. We use 3rd party testing services to run typical load profiles on devices in their packaging. These usually include impact, drop and vibration testing, amongst others. Vibration testing is a particularly interesting subject, which we’ll discuss here. You should also take a look into our blog on Medical Device Drop and Push Tests per IEC 60601-1.

Vibration testers (sometimes called shakers or shaker testers) are really quite simple in their design. They are made up of the following elements:

Why Does this Matter?

Vibration testing is useful because trucks, planes, and other forms of transport vibrate due to external factors like road and wind dynamics, engine speed, etc. This vibration can be significant on its own, but potentially disastrous if it aligns with a harmonic on your device. A harmonic is a vibration frequency your device is naturally inclined to which is tied to materials and geometry. A tuning fork works due to this principle – it is intentionally designed with a harmonic on a specific musical note. When an external vibrational force excites the tuning fork, or your device, into a harmonic frequency resulting in larger amplitude motion and potentially damaging forces. This should obviously be avoided on a medical device.

A Note on Measuring Vs Applying Vibrations

Most shakers only work in one direction. Before testing you will need to understand which direction(s) the DUT needs to be shaken, how it will be fixed to the slip plate, and if the direction of gravity makes sense. In a simple horizontal shake system, gravity will always be perpendicular to the vibrations. To be extremely thorough, you might also need a vertical system to test in parallel with gravity. If the DUT could be shipped in multiple orientations and is sensitive to vibrations, up to six tests might be needed (each axis in line with gravity and perpendicular to gravity). Often this is overkill.

Sine vibration and random vibration testing should be thought of as apples and oranges – they are both fruit, but are two completely different things. A sine test uses vibrations that follow a sine wave, which is a periodic and predictable wave – it goes up and down rhythmically. A sine wave also has only one frequency at a time; there aren’t any layered effects. Using a musical example, a tuning fork creates vibrations sinusoidally to produce a musical note in the form of a sine wave.

It isn’t useful to utilize truly random testing – we want some control and consistency in our testing. Testing designers define a testing envelope so that any given test on any given day is practically the same as any other. This means that the term random vibration, (though accurate on the micro scale) is actually misleading on the macro scale as the vibrations are mostly predictable when averaged out. Going back to a musical example, it would be like a dozen children singing a dozen different songs simultaneously – the volume with get louder and quieter throughout the performance in what appears to be a random fashion, but you can expect a repeat performance to sound fairly similar.

Another important concept in random vibrations is frequency-power pairing. As the term implies, this pairs power and frequency together to achieve more control. It’s kind of like saying “lets shake really hard at very low frequencies, and less hard in the middle frequencies, and really hard at the high frequencies” based on what you expect in the field. To give an example, if an airplane vibrates a lot around 100Hz and 1000Hz, you would want to test or DUT at higher power levels in those areas to validate air-shipping. There isn’t a great musical example of this, but it’s kind of like having some of the dozen children sing louder or more quietly than others to achieve a certain desired effect.

Power Spectral Density (PSD) is the term used to define the distribution of power over the frequency range of excitation. Put another way, PSD defines how much total power is possible with a narrow range of frequencies.

How Random Vibrations Are Defined

Power is usually described as “Power Spectral Density” and given in GRMS2/Hz (usually written as G2 / Hz. And for those playing at home, yes that is (m/s2)2/Hz). I won’t get into what that means, but it is interesting to know that the relationship between PSD and overall GRMS is that overall GRMS is just the square root of the sum of all the individual GRMS components squared, like Pythagoras’s theorem. Similarly, the individual GRMS values are based on analyzing the G peaks across the entire signal and taking an average in the same way. In other words, PSD is a function of frequency as well as acceleration.

An example testing regime inspired by ASTM D4169 is shown below – both the Nominal Frequency and PSD must be defined to have enough information to perform a test. You also need to know how long to run the test. All tests are done simultaneously and only one duration is defined (e.g., each row in table might be required to be performed for 30 minutes all at once).

If sine testing is desired, it’s usually done across a spectrum from a low frequency to a high frequency (picture a low, bass-like tone gradually building up to a high, alto tone). Where a harmonic is hit (which can only be determined through sensors or modelling), best practice would be to linger on that harmonic for some time to ensure the worst case scenario is tested.

I hope this article has helped explain the basics of vibration testing. Vibration testing is important for safety risks (some types of devices can hurt patients if damaged in shipping), but also for business risks – it’s expensive and somewhat embarrassing to have a device show up at the customer site in pieces. Sine vibrations and / or random vibrations can be used, depending on the equipment you have available and the expected loads or harmonics.

You can decide to measure the response of your device under test if you want to have more information in case of failure, but for shipping testing it’s not strictly necessary. Overall, it’s worth understanding the testing you plan to conduct early in the development process. That way the device and packaging system can be designed to reduce the risk of damage due to vibrations during transit.

Nigel Syrotuck is a StarFish Medical Team Lead Mechanical Engineer and frequent guest blogger for medical device media including MD+DI, Medical Product Outsourcing, and Medtech Intelligence. He works on projects big and small and blogs on everything in-between.

One response to “XYZs of Medical Device Vibration Testing”